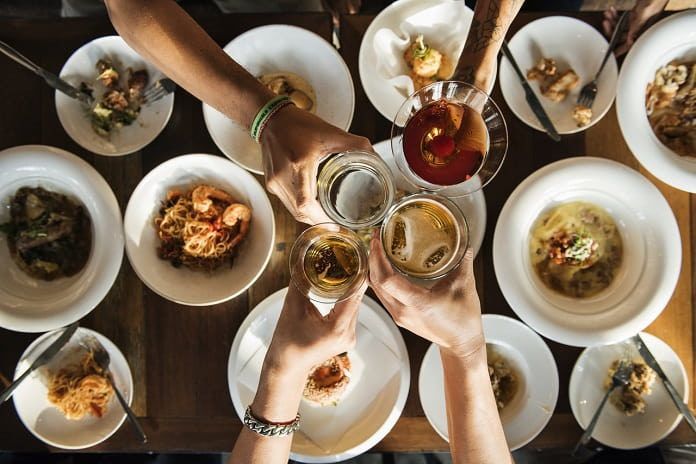 It is important to understand how food choices affect energy intake and weight loss strategies. Researchers recently determined the food choices of overweight and obese individuals and its implications for weight loss.

As overweight and obesity rise as a global epidemic, the risk of developing related health issues spikes as well. Diets, physical exercise, and lifestyle changes are all methods of managing weight, but keeping up with such changes long-term is the main challenge. An estimated 50% of participants in weight-loss studies are unable to maintain their lost weight after the study is over.

Researchers predicted that looking at food choices in-depth may bring up new and better strategies for maintaining diets. They note it is important to translate energy intake from food choices and classify the actual ingredients making up the meal. A recent review article published in the British Journal of Nutrition discusses this more closely.

A group of Australian researchers sought to better understand food choices in specific meals and diet strategies. They recruited 433 overweight and obese participants, the majority of whom were obese and female. These participants provided self-reported data on their food intake for 12 months. Surveys and checklists were used to assess their weekly food choices for breakfast, lunch, dinner, and other meals. The researchers categorized foods were based on nutrients, ingredients, cooking methods, and plant or animal species. Data analysis and algorithms associated different food groups to show how frequently certain types of foods were combined.

The results showed that participants mainly reported cereal and cereal products for breakfast, nearly always combined with milk products. Very often, common bread and rolls were reported as well. Chicken, mixed grain, wholemeal, and white bread were less common. Eggs were also infrequently reported, which is noteworthy as eggs eaten during breakfast is linked with increased body mass index (BMI). Skipping breakfast meals is also linked with increased BMI, but this was not a common theme.

The greatest number of food groups was seen in dinner meals. Participants reported having vegetable products 99% of the time, with 50% of those individuals combining it with cereal and meat products. Unprocessed beef, sheep, pork, and chicken were the main meat types. Fish and seafood products were less common than other meat types. Again, sauces and condiments were very common, along with potatoes, carrots, and other fruiting vegetables. Peas, beans, cabbage, cauliflower, or similar brassica were reported in combination with carrots and other root vegetables 90% of the time. However, these vegetables were not as commonly consumed as others.

Cereal-based products were eaten for snacks and desserts

Cereal-based products were often eaten during other meals such as snacks and desserts. These include sugar-based fruit products, cereal/nut/fruit/seed bars, and chocolate-based sweets.

This study omitted beverages. This is a major limitation since sugary drinks, alcohol, and juices can play a weighty role in caloric and nutrient intake. Other drawbacks include the diet history self-reported by participants, which can introduce biases. The data analysis for the breakfast, lunch, and dinner meals were also done differently than for other meals.

Dinner meals are the most complex

Since dinner meals were the most complex and involved the most amount of food groups, the authors write that it could be beneficial for health practitioners to focus on dinner meals in dietary counselling for weight loss. However, they do note that the findings should be interpreted with caution as food choices vary among individuals.

Altogether, it was found that breakfast meals were most similar to Western diets while lunch and dinner meals reflected Australian diets. Lunch and dinner share similar food groups, with dinner being the most complex meal of the day.

Based on the study’s findings, the authors make the following recommendations regarding energy intake and food choices to help with weight loss: