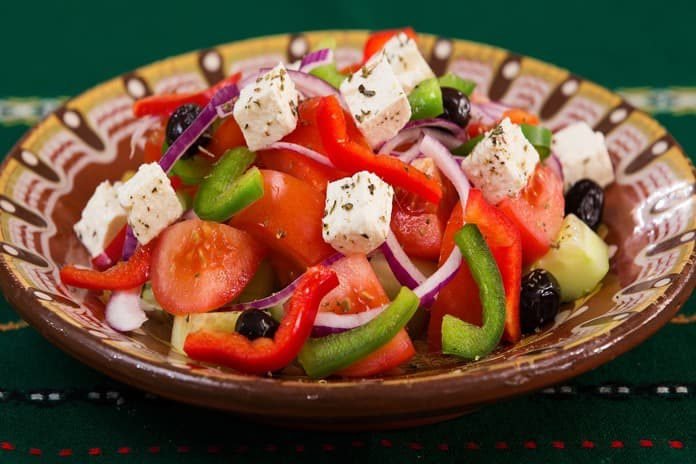 In a recent cohort study, researchers investigated the association between following a Mediterranean diet and the risk of lung cancer.

Lung cancer is one of the most frequently diagnosed cancers worldwide and unfortunately carries a poor prognosis, with five-year survival rates of less than 20%. Although smoking tobacco is a main risk factor, it has been suggested that an individual’s diet also plays a role in their risk of lung cancer.

The Mediterranean diet is a plant-based diet involving the consumption of large amounts of fish, vegetables, legumes, fruits, whole grains and nuts, limited amounts of red and processed meats, refined grains, high-fat dairy and sweets, and a moderate amount of red wine. Previous studies have suggested a lower risk of lung cancer with a higher adherence to the Mediterranean diet; however, those studies consisted of a small number of lung cancer cases and did not include sex-specific associations or lung cancer subtype associations.

In a study published in the British Journal of Nutrition, researchers in the Netherlands conducted a cohort study to investigate the association between consuming a Mediterranean diet and the risk of lung cancer. This analysis included the association between sexes and between major lung cancer subtypes including adenocarcinoma, squamous cell carcinoma, small cell carcinoma, and large cell carcinoma. The study population included participants aged 55 to 69 years from the Netherlands Cohort Study (NLCS), a prospective population-based cohort study. The study assessed the participants’ baseline dietary habits and cancer risk factors with a self-administered questionnaire. Diet scores from the questionnaire were used to determine the adherence level to the Mediterranean diet.

Lower lung cancer risk with adherence to the Mediterranean diet

Findings may be limited to individuals with a normal BMI

In women, a higher adherence to the Mediterranean diet non-significantly reduced the risk of adenocarcinoma, squamous cell, and small cell carcinoma. The differences between the four major lung cancer subtypes were found not to be statistically significant. The findings appear to be limited to subjects with a normal body mass index (BMI) and those who consumed at least 15 grams or more of alcohol daily.

Dietary assessments may have been a cause of measurement errors

The large number of lung cancer cases in the study meant potential confounding could be adjusted for in the study’s analysis and the high rate of follow-up completion meant the risk of information and selection bias was minimized. However, the single dietary assessment at baseline may have resulted in weaker associations and there may have been measurement errors in the dietary assessment.

Overall, the results of this study are consistent with previous studies suggesting a lowered risk of lung cancer with a high adherence to the Mediterranean diet. Despite potential differences in associations between sexes and between the major lung cancer subtypes observed in this study, further research would be required before firm conclusions can be inferred on those topics.