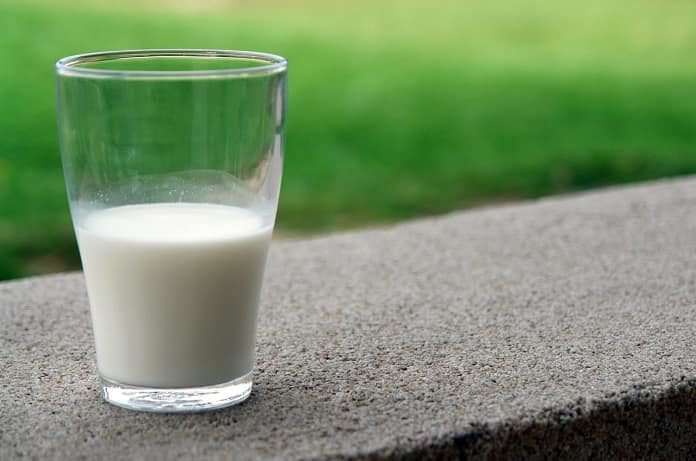 To promote healthier lunch options, a school district removes flavored milk that is high in sugar, sodium, and artificial flavors. Researchers determine whether this will cause students to increase or decrease their milk consumption.

School nutritionists, in accordance with America’s National School Lunch Program (NSLP), want to promote healthier lunchtime options to increase overall student nutrition and health. One way to achieve this was by looking at milk consumption. As a result, there was a district decision to remove flavored milk that contains a lot of sugar, sodium, and artificial flavors and colors. The move first occurred in the district during the 2010-2011 school year. The flavored milk—usually chocolate or strawberry –was replaced with 1% plain and non-fat milk.

A recent study published in the Journal of the Academy of Nutrition and Dietetics posited that students from kindergarten through eighth grade would increase their lunchtime white-milk consumption if they didn’t have a flavored-milk option. This data was collected one day per month at each school during the academic years of 2010-2011(Time 1) and 2012-2013 (Time 2) to yield 40 days of data. They also examined a 100% fruit-juice option offered at one of the schools. That information was collected to yield 15 days of data for analysis. The scientists looked at boys and girls attending two schools in one New England, USA, urban district with a predominantly Black/African American and Latino/Hispanic population, resulting in 13,883 observations for the respective Time 1 and Time 2 database. Many of the youngsters were eligible for free lunches while attending classes.

The researchers’ four behavioral/economic elements included: marketing the plain-milk choice by showing pictures of school administrators wearing a milk mustache; placing plain-milk containers at the start or end of a lunch line; giving small rewards for “lucky” cartons and automatically placing milk containers on a lunch tray. This hypothesis-testing took place at one school only.

The data assisted school-district officials by providing them with cost-benefit and food-waste information resulting from their decision to eliminate flavored milk.

The scientists discovered the older youngsters at most grade levels chose 1% or nonfat and drank it more frequently by the end of the two-year period. They also learned that more boys than girls at the various grade levels chose plain milk and consumed more of it, too.

On days when the fruit-juice choice was offered, more youngsters opted for the fruit juice. And when the four behavioral/economic elements were examined, the resulting data indicated they did not have any “significant” effect on choice.

There are many study strengths.  The study ranks as the first one to incorporate so many variables – age, ethnicity, gender, along with milk and fruit-juice choices and consumption levels for those variables to produce study results. In addition, the researchers have given guidance to further studies, whose results will could further augment their overall findings.

One limitation, they concluded, was the small sample of schools and districts. They also noted the demographic population studied generated results that might be different in another population. In addition, they stated they may have obtained different results if their hypotheses were tested more regularly over a greater time period.

Thus, for parents whose children attend the schools studied, they can rest easy knowing the young people are making a healthy decision regarding milk consumption at lunchtime.