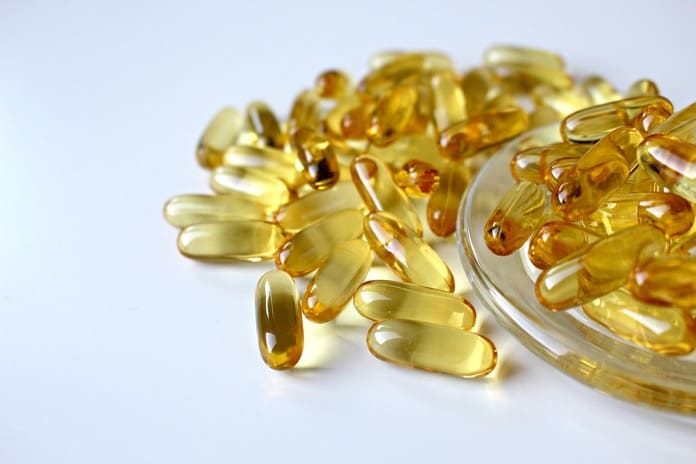 Recent findings of a large study revealed the effects of fish oil and vitamin D supplements on the risk of cancer, stroke, and heart attack.

Many people take nutritional supplements such as fish oil and vitamin D with a hope of reducing their risk of heart attack, stroke and cancer. Some trials have suggested that higher vitamin D levels are associated with lower risk of cancer. Likewise, many studies show that consumption of fish oil is associated with reduced risk of heart attack and it also helps in preventing stroke.

However, there have not been any large-scale, randomized, controlled trials investigating the effects of high doses of vitamin D or omega-3 fatty acids on cancer, cardiovascular disease, and stroke prevention as the main outcome of the study. Consequently, the trials conducted so far have shown either null or mixed results.

For instance, the Institute of Medicine of the US, an organization that makes recommendations for public health based on evidence-based research, has suggested that effectiveness of vitamin D supplements for prevention of cancer and cardiovascular disease needs to be further evaluated.

Brigham and Women’s Hospital in Boston, US, conducted the largest randomized clinical trial to evaluate the effects of both omega-3 fatty acids and vitamin D supplements on the risk of cancer, heart attack and stroke. The study was recently presented at the American Heart Association’s annual conference and published in the New England Journal of Medicine. A team of researchers conducted a rigorous placebo-controlled, over five years long, Vitamin D and Omega-3 trial (VITAL) that revealed what researchers refer to as a “treasure trove” of information. This information clears most doubts associated with fish oil and vitamin D supplements.

What is unique about the VITAL study?

The VITAL study included 25,871 men and women aged 50 and above from across the US, who had no history of cancer, heart disease or stroke. The study population was racially and ethnically diverse with 20% of the participants being African-American. This is especially important since there has not been enough research conducted on the effects of omega-3 fatty acids on the risk of cancer in the African-American population.

Furthermore, VITAL is the first large trial that evaluated the effects of omega-3 fatty acids in preventing the first occurrence of heart disease in a general population while other trials in the past have examined the effect of fish oil in reducing the risk of heart attack in patients with a history of heart disease.

Study evaluated the independent effects of both supplements

Effects of vitamin D levels on risk of cancer

A total of 1,617 participants were diagnosed with cancer during the five years of study duration.  There was no significant difference in the number of cancer diagnoses in the group taking vitamin D supplements compared with the participants taking a placebo. However, the researchers observed reduced deaths due to cancer when participants had been taking vitamin D supplements for at least 2 years. These results imply that although vitamin D may not lower the rate of new cancers, it can inhibit the progression of cancer and thus reduce the risk of cancer death.

Fish oil may be more beneficial for African-American individuals

Neither fish oil nor vitamin D supplements lowered the risk of heart attack, stroke, or cancer

This study has brought forward some surprising results about fish oil and vitamin D supplementation. The study concluded that supplementation with fish-oil-derived omega-3 fatty acids did not lower the risk of cardiovascular events such as heart attack, stroke or death, nor any type of cancer.

Furthermore, high dose vitamin D supplements for five years did not lower the incidence of cancer or major cardiovascular events in initially healthy adults. Although researchers observed no serious side effects such as bleeding and gastrointestinal symptoms, they recommend talking to the health care providers before discontinuing or starting the fish oil or vitamin D supplements.