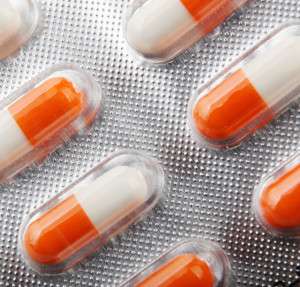 Antibiotics: Handle with Care; the theme of the first World Antibiotic Awareness Week, launched this week by the World Health Organization.

According to the World Health Organisation (WHO), antibiotic resistance:

This week the first World Antibiotic Awareness Week has been launched as part of a global action plan by the WHO. The aims of the campaign are to increase the awareness of the antibiotic resistance crisis in order to promote better practices in antibiotic use amongst health care professionals, policy makers, and patients. A series of factsheets, posters, and other materials are being provided by the WHO in an effort to increase awareness, and thus reduce the occurrence of antibiotic resistance.

As part of the action plan, a global survey was conducted to determine what people knew about antibiotic resistance. The survey consisted of 14 questions regarding antibiotic use and resistance, and was conducted in 12 countries, with approximately 10 000 respondents.

The global survey revealed several misconceptions still held among the general population, suggesting that campaigns such as the World Antibiotic Awareness Week could be used as a tool to increase people’s general understanding of antibiotic use and resistance.