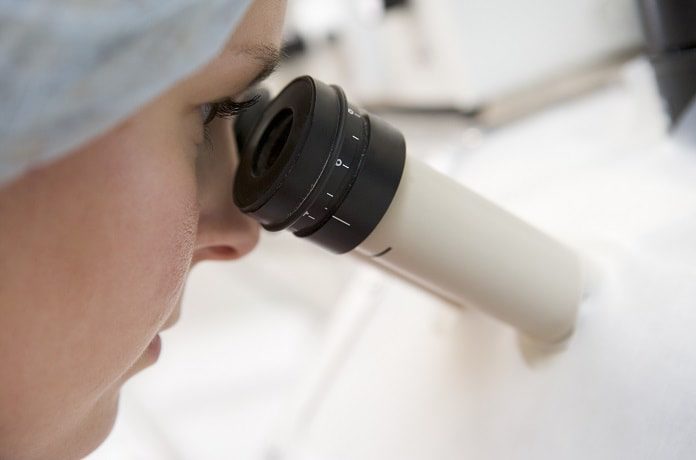 A recent article investigated and summarized the ethical issues associated with the research to develop a cure for HIV and its subsequent implementation.

There are still approximately 36.7 million people living with HIV despite the global use of HIV antiretroviral therapy (ART), which helped reduce AIDS-related mortality by 48% in the past 11 years. In 2015, approximately 1.1 million people worldwide died of HIV/AIDS-related complications. Since ART is not a cure for HIV, HIV remains a potentially lethal disease.

In 2008, a Berlin patient was the only patient to have ever been cured of HIV. Until that time, finding a cure for HIV seemed impossible. It sparked new interest in researching potential strategies to find way to eliminate HIV. An HIV cure needs to be effective, safe, affordable, and scalable given it is a global epidemic.

Ethical issues arise when translating research from animal models to human participants in clinical trials and these must be taken into consideration when conducting research to find a cure. Bridging this gap between current basic research to finding a cure for HIV and implementing a cure in a real-world clinical setting in the future will be important.

Researchers in the United States conducted a review of emerging cures for HIV and the research ethics to identify any key potential ethical and implementation challenges that could arise for researchers, regulators, and policy makers involved in research. The review was recently published in PLOS Medicine.

The anticipation of potential ethical and implementation issues with translational research, research which “translates” basic scientific research into medical practice with meaningful outcomes, is necessary. Previous researchers have outlined a translational research framework which aims to help guide future research to navigate potential ethical ramifications which arise with scientific and technological advances. As an HIV cure will be implemented into clinical settings and affect public health, this framework will be key to helping current research translate into effective, safe, and ethical interventions.

Currently, the majority of HIV cure research is occurring in the preclinical stage. This stage includes experiments which involve genes, animal models, cell lines, and investigating pathways, and the potential mechanisms involved in HIV transmission, infection, and replication. Animal models for HIV research has enabled researchers to study how HIV remains latent inside cells and HIV persistence, which has subsequently resulted in significant advancements being made in HIV treatments. However, ethical issues arise with the use of animal models.

The designs of animal model experiments need to be scientifically sound in order for it to be effectively translated into human studies. While ethical issues related to animal studies is not exclusive to HIV cure research, as the majority of research is still at the preclinical stage and the pace of this research, particularly given the significant funding invested in finding a cure, is worth noting.

Investigational approaches for finding a cure for HIV include gene therapy, stem cell transplants, novel drugs, or biologics and repurposed drugs (new use for an already approved drug). When translating preclinical research involving these approaches into first in-human studies, many ethical issues can arise and all efforts must be made to minimize risks and maximize clinical benefits and social value of the study. As current HIV cure research is experimental, the risks are high and the prospect of individual clinical benefits is minimal, which means that researchers need to be very clear and informative in the consent process of signing up participants. Furthermore, as an HIV cure will likely require a combination of treatments, this increases not only clinical risks associated with trials, but also the social, economic, legal, and psychosocial risks too.

Another important consideration in designing early-phase trials is ensuring that the selection of study participants is fair and equitable, with participants selected from populations that are representative of those living with HIV. Currently though, these populations (lowand middle-income countries) and subgroups of people (including people of colour, women, and transgender individuals) are underrepresented in HIV research, which limits the ability to extrapolate meaningful results and may affect the discovery of a potential cure. Increased efforts into overcoming the challenges associated with implementing HIV cure research into these populations and subgroups is essential for HIV cure research.

How Do we Measure Success?

Today, there are very few late-phase clinical trials for a potential HIV cure and limited biomarkers to predict the effectiveness of these potential HIV cures. This highlights the need for development of clear indicators of HIV cure effectiveness through identifying biological markers which indicate the virus has been eliminated or suppressed. Researchers should also identify a specific period of time that needs to pass before a patient is pronounced cured, much like cancer patients in remission and are considered cured after a being cancer free for five years.

How do we Distribute a Potential Cure?

Implementing an HIV cure into clinical practice will be tough, as the intervention will require medical practitioners to be onboard with the treatment in order for patients to receive it, as well as it being affordable and accessible. The high costs typically associated with new cures is of significant relevance for an HIV cure as many people living with HIV are in low to middle income countries. It would be unethical to deny people living with HIV access to a future approved HIV cure due to pricing. Also, the scalability of a potential HIV cure is a major ethical and implementation challenge which needs to be taken into consideration given how many people are living with HIV today. To ensure world-wide implementation is feasible, many factors such as healthcare worker shortages, financing, and quality monitoring need to be taken into consideration.

Hence, this recent article highlights just some of the challenges faced in finding an HIV cure which is safe, effective, affordable, and scalable. The human, financial, and social capital which has been and continues to be invested into this search is incredible and appreciating the ethical and implementation issues surrounding translational research is paramount. Ongoing efforts by researchers and stakeholders to ensure potential challenges which arise during all phases of finding an HIV cure are foreseen, negotiated, and resolved is crucial to help the progress of finding a potential HIV cure.