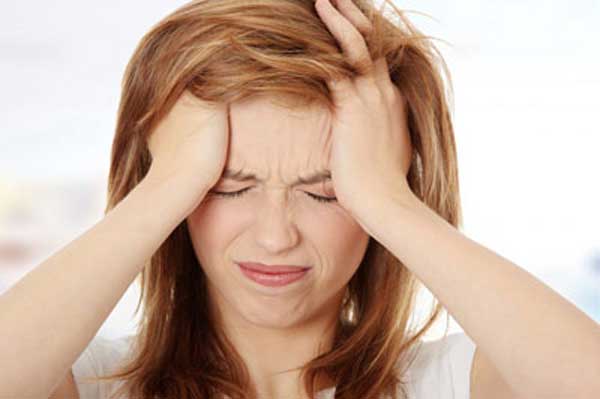 Fibromyalgia is a disorder characterized by chronic pain, tenderness, fatigue and several other symptoms. Pain can occur throughout the body and can vary in location and severity. Often pain will be most intense in the morning and can be worsened through stress, fatigue and cold or humid weather. Also, some areas of the body may become very sensitive to the touch and will cause a great deal of pain if pressure is applied to them. Fibromyalgia may also lead to loss of sleep, fatigue, cognitive problems, memory problems, depression, irritable bowel syndrome and other issues that may stem from the chronic pain.

Approximately 80-90 % of fibromyalgia sufferers are women in middle age, although it is possible for men and younger people to also develop the disease. Patients may suffer for years with fibromyalgia symptoms and often the pain will not lessen over time. Fortunately, fibromyalgia is not a life-threatening disease and it will not cause damage to the tissues it affects.

There is currently no known definite cause for fibromyalgia and much remains to be understood in this topic. A great deal of research is ongoing to try and understand the underlying mechanisms that cause this disease. Like any disease, the more information that is found on what leads to fibromyalgia, the better treatments that can be targeted towards it.

Current evidence suggests that fibromyalgia may be brought on by traumatic events, be linked to genetics or occur seemingly spontaneously. Several genes that are thought to be associated with fibromyalgia have already been identified by researchers. There is also an increased risk of the disease when a family member suffers from it, suggesting a hereditary link to fibromyalgia. Certain events that cause severe physical trauma (such as vehicle accidents), serious psychological events and some illnesses have also been linked to the onset of fibromyalgia.

In general, scientists agree that the disease is caused by abnormalities in the processing of pain signals within the central nervous system. It appears that in patients with fibromyalgia, some of the signals from the nerves are perceived as pain by the brain when they shouldn’t be. There are certain physiological abnormalities that are often found in patients with fibromyalgia such as: abnormal levels of “substance P” in the spinal cord, cytokine abnormalities and defects in certain endocrine functions. Unlike other disorders that cause chronic pain to the joints, such as arthritis, fibromyalgia does not lead to inflammation or damage to any tissues.

There is currently no cure to fibromyalgia and sufferers will often live their entire life with the disease. Diagnosis of fibromyalgia may also be difficult as pain and other symptoms can vary and there are no laboratory tests that can diagnose the disease. Often a diagnosis will only occur after pain is considered long lasting (at least 3 months), widespread and there is also fatigue and cognitive problems in the patient. Once the disease is diagnosed, there are multiple treatments that can alleviate the symptoms of fibromyalgia.

There are currently 3 FDA-approved drugs that treat fibromyalgia; these include duloxetine, milnacipran and pregabalin. Other commonly used medications include low doses of tricyclic antidepressants, such as amitriptyline or nortriptyline, and gabapentin. Pregabalin is approved to treat the pain symptoms caused by fibromyalgia while duloxetine and milnacipran treat the depression which often arises from the disease.

Pain-reducing medications, such as analgesics and anti-inflammatory drugs, are commonly prescribed to treat the symptoms of fibromyalgia. Many over-the-counter NSAIDs (Non-steroidal, anti-inflammatory drugs) such as ibuprofen and aspirin can in some cases help alleviate the pain caused by the disease. Certain opioid painkillers, such as tramadol are occasionally prescribed to fibromyalgia patients, although these drugs may become habit-forming in the long term. Lidocaine infusions are usually reserved for cases, which are refractory to all oral medications.

There are also other, alternative treatments that are often used in treatment of fibromyalgia symptoms. Acupuncture, physiotherapy, massage therapy, yoga, pilates, aquatherapy, and chiropractic therapies are used by many to alleviate the pain caused by fibromyalgia. There are also some dietary supplements and herbs, which are taken by some patients to treat the disease. There is currently very little scientific evidence to support the use of many of these supplements in treatment of fibromyalgia, however.

Living a generally healthy life will also help lessen many of the symptoms of fibromyalgia and make living with the disease more manageable. Exercising regularly and eating healthy are important for many aspects of human health and will often reduce the symptoms of fibromyalgia. Getting enough sleep is also very important, since it reduces fatigue and some pain caused by fibromyalgia. Since fibromyalgia is known to disrupt sleep, it is often difficult to get enough rest while suffering from the disease. Steps to sleep better that may be taken include: avoiding caffeine, alcohol and exercise in the night, having a dark sleeping area (free of distractions), having a comfortable mattress, and trying to relax before going to bed.

Fibromyalgia can be a debilitating illness which can greatly affect the daily lives of sufferers by causing pain, fatigue, depression and cognitive problems. Although the underlying causes of this disease are still not entirely understood, there is a great deal of research being conducted on fibromyalgia. Even though there are no cures for this disorder, there are treatments and lifestyle changes that can help alleviate the symptoms. Even though fibromyalgia is a chronic disease that may last a lifetime, it is possible for sufferers to lead a productive and healthy life.