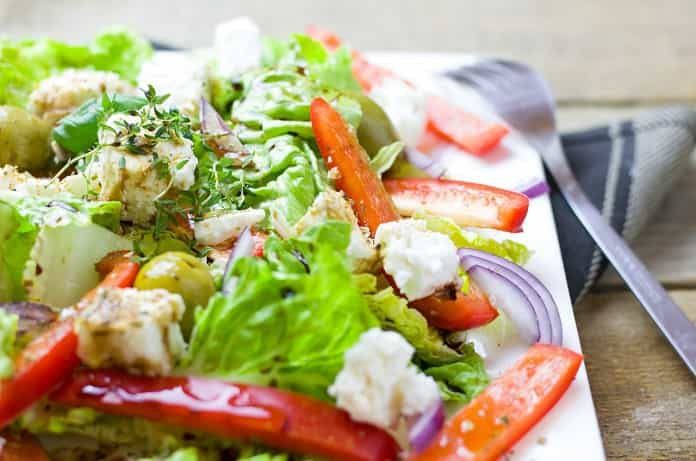 Fibromyalgia is a syndrome characterized by generalized musculoskeletal pain that is often comorbid with other conditions such as chronic fatigue syndrome, anxiety, depression, migraines, and obesity. Although there is no cure for fibromyalgia in women, recommendations for treatment focus on a multi-faceted approach to address physical and mental health symptoms and psychosocial issues that negatively impact

Fibromyalgia is a syndrome characterized by generalized musculoskeletal pain that is often comorbid with other conditions such as chronic fatigue syndrome, anxiety, depression, migraines, and obesity. Although there is no cure for fibromyalgia in women, recommendations for treatment focus on a multi-faceted approach to address physical and mental health symptoms and psychosocial issues that negatively impact the quality of life. Dietary intervention may improve overall well-being and quality of life among those who suffer from fibromyalgia, but research has yet to test this proposition.

To address this gap in the literature, a group of researchers in southern Spain conducted a cross-sectional study to assess the dietary habits of women with fibromyalgia and the relationship between dietary habits and mental health, depression, and optimism. Their study was published in the Journal of the Academy of Nutrition and Dietetics. They recruited 486 women with fibromyalgia to participate in the study. The participants provided sociodemographic information and information on their dietary habits for the previous year using a food frequency questionnaire to indicate the frequency of consumption of 34 foods by food groups. Consumption was categorized as low (never to one serving a week), moderate (2-5 servings a week), or high (daily or near daily frequency). The women also completed surveys that measured optimism, depression, and mental health-related quality of life including vitality, mental health, social functioning, and emotional role functioning.

The average age of the women in the sample was 52 years and about 73% were overweight or obese. Twenty percent reported following a diet since their fibromyalgia diagnosis. More than half of the sample indicated high consumption of fruit, dairy products, cereals (bread, pasta, potatoes), and olive oil and moderate consumption of vegetables, pulses, eggs, and meat. The majority of women also reported low consumption of cured meats, sweets, sweetened and alcoholic beverages, butter or margarine, and mayonnaise.

This study was limited by a cross-sectional design, which cannot establish cause-and-effect. Reverse causation is certainly possible, as women with better mental health to begin with might make healthier food choices. Conversely, those with poor mental health may be more likely to eat unhealthy foods. It is also limited by reliance on self-reported dietary habits, which can be difficult to accurately recall. Additional studies with longitudinal designs and more diverse samples are needed to establish relationships between diet and mental health among individuals with fibromyalgia.

Although the researchers did not examine the mechanisms through which diet influences health in women with fibromyalgia, a diet rich in fish and fruits and vegetables might positively influence mental health through actual physiological pathways.  This important study demonstrates that some of the mental health symptoms associated with fibromyalgia in women may be moderated with a healthy diet.

Reference: Ruiz-Cabello, P., et al. “Association of dietary habits with psychosocial outcomes in women with fibromyalgia: the al-Andalus project.” Journal of the Academy of Nutrition and Dietetics 117.3 (2017): 422-432.