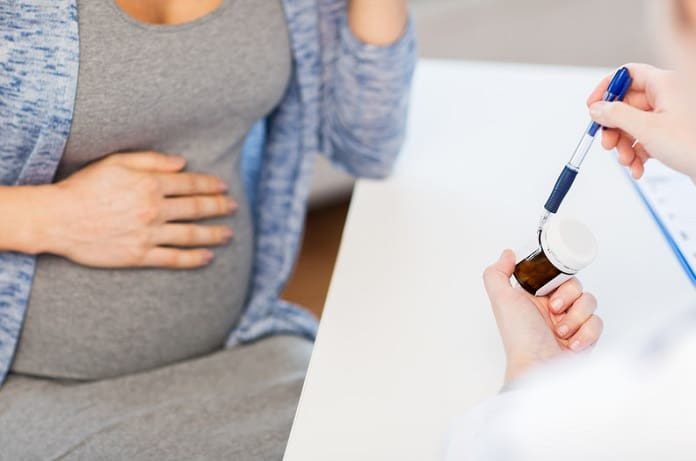 The serotonin hypothesis of autism posits that fetal exposure to high levels of serotonin may increase the risk for developing Autism Spectrum Disorder (ASD). A new study investigated whether children born to mothers using prescription antidepressants that modulate serotonin levels were more likely to be diagnosed with ASD.

Depression is one of the most frequent difficulties during pregnancy, affecting approximately 1 in 10 women. Depression is particularly concerning in pregnant women as it is linked to adverse effects on the developing child including poor fetal growth, preterm birth and developmental issues. Depression during pregnancy also puts the mother at an increased risk for postpartum depression and chronic depression. While mild depression can often be treated with nonpharmacological strategies (ie. cognitive-behavioural therapy), the use of antidepressants may be required in some cases.

The most commonly prescribed antidepressants are selective serotonin reuptake inhibitors (SSRIs). Serotonin is a neurotransmitter present in the brain that influences mood, sexual desire, appetite, sleep, memory, learning and social behaviour. There is evidence suggesting that an imbalance in serotonin levels can influence mood in a way that leads to depression. Therefore, SSRIs improve depression by preventing serotonin reuptake, which increases level of serotonin in the brain. A recent study found that approximately 6% of pregnant women in the United States were taking SSRIs.

Autism spectrum disorders (ASDs) are neurodevelopmental disorders diagnosed in childhood. Classic symptoms of ASD include defects in social communication and a pattern of repetitive behaviours. There is evidence for the involvement of both genetic and environmental factors in the development of ASD.

The serotonin hypothesis of autism suggests that fetal exposure to high levels of serotonin may increase the risk for ASDs. This hypothesis has been investigated in animal studies where in utero exposure to SSRIs increased the risk of developing autism-like behaviours. Additionally, a recent meta-analysis found a significant association between SSRI use during the first trimester and risk of ASD.

A new study published in JAMA describes a retrospective cohort study assessing children born to mothers between 2002 and 2010 in Ontario, Canada. SSRI exposure was defined as 2 or more consecutive maternal prescriptions during the time between conception and delivery. Researchers assessed whether children of these mothers were diagnosed with ASD after age two.

To conclude, this study showed that children born to mothers using SSRIs were not at a higher risk for developing ASDs. While this study contrasts previous evidence, there have not been many extensive reports on the association between fetal SSRI exposure and ASD. Therefore, while a causal relationship cannot be ruled out by this study, previous associations may be explained by factors other than increased fetal serotonin exposure.