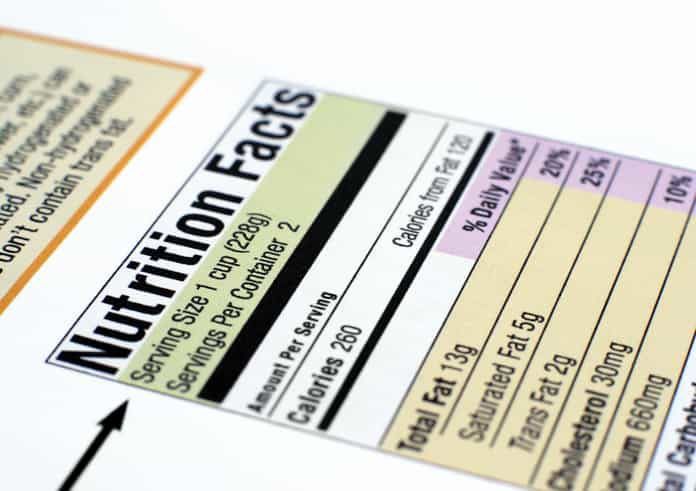 Commentators warn that the new regulations, published by the Food and Drug Administration (FDA), for nutrition facts label could lead manufacturers to make changes to the vitamin and mineral content of fortified foods and supplements.

Regulations requiring food manufacturers to provide nutritional information on product packaging were established in the US by the Food and Drug Administration (FDA), under the authority of the Nutrition Labeling and Education Act (“NLEA”) of 1990.  The regulations apply to most conventional packaged foods and dietary supplements and are intended to assist consumers in making healthy dietary choices.

Labels are required to present nutritional information in the form of a Daily Value (DV) percentage, per serving of the food product. The “per serving” size is based on the amount of food normally consumed by one person on one eating occasion, otherwise known as the Reference Amount Customarily Consumed (RACC).  The DV percentage reflects the proportion of the recommended daily intake for each listed vitamin or mineral that is contained in a single serving of the food or supplement.

Labelling requirements that were enacted with the introduction of the NLEA in 1990 relied on DVs that reflected Reference Dietary Intake values (RDIs) developed by the 1968 National Academy of Sciences. RDIs for some additional nutrients that were added in 1995 was based on recommendations developed by the National Academy of Sciences in 1980 or 1989. These values have continued to be used in FDA labelling regulations since that time.

However, in May 2016, the FDA introduced new labelling regulations that impose changes to the DV of most vitamins and to the units of measure for many of them.  In addition, the RACC will be increased in some food categories. These changes are intended to reflect new information about consumption habits, as well as changed scientific understandings of the link between diet and health conditions such as obesity and heart disease.

The changes are already in effect and were initially set to become mandatory as of July 26, 2018, although the FDA has indicated it will likely extend that initial deadline for compliance.

The new regulations will implement the following changes, among others:

In a study recently published in the Journal of Nutrition, scientists examined the new FDA regulations with a view to identifying the potential impact that the labelling changes may have on the nutrient density contained in packaged foods.  In particular, the authors of the study were concerned that the new rules may induce manufacturers of enriched or fortified foods and supplements to reformulate their products, thus altering the nutrient content.

Results of the study suggest that there is indeed a potential for responses by manufacturers that may impact the nutritional density of foods or the presentation of it to consumers. Researchers noted the following concerns, among others:

Authors of the study note that nutrient intake through fortified foods and supplements has grown to play an important role in maintaining adequate public nutrition. Decreases in nutrient density of these products could have a significant impact on consumer health, particularly in vulnerable subgroups where nutrient intake through whole foods (as opposed to fortified foods), is more challenging.  Researchers suggest that the impact of these regulatory changes on food quality and public health should be closely monitored.

The key to maintaining a healthy diet may be to try,...

Eating more fruits and vegetables may lower your risk of depression,...