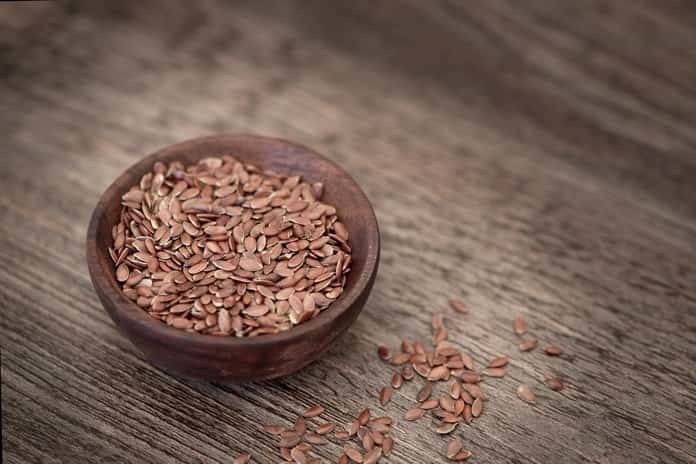 Researchers investigate the potential link between dietary polyunsaturated fatty acids and the prevalence of glaucoma in the United States.

Glaucoma is a slow and progressive eye disease that if left untreated can cause irreversible blindness. Glaucoma is often associated with elevated pressure within the eye that leads to optic (eye) nerve damage and vision loss. Although there are many identified risk factors for glaucoma, such as family history and age, elevated pressure within the eye is the only known modifiable factor. Identification of other modifiable risk factors is vital to advance medical treatment methods. Some evidence suggests that dietary polyunsaturated fatty acids may also be a modifiable risk factor in the progression of glaucoma.

Polyunsaturated fatty acids (PUFAs) are nutrients essential to human development and health. Some PUFAs, like omega-3 and omega-6 fatty acids, are not made within the body and must be consumed. Previous research has revealed that reduced omega-3 fatty acid levels have been found in patients with glaucoma. A decreased incidence of glaucoma has also been shown to be associated with a high ratio of omega-6 to omega-3 fatty acid intake. These findings generate interest as to whether a relationship may exist between dietary intake of PUFAs and the prevalence of glaucoma.

What is the Relationship between Fatty Acids and Glaucoma?

In a recent study published in JAMA Ophthalmology, researchers in the United States used the National Health and Nutrition Examination Survey (NHANES) database to examine daily dietary intake of fatty acids and glaucoma prevalence. The survey collected data from 2005 to 2008 and includes interviews, physical examinations, and laboratory. The present study includes data from 3,865 participants who were 40 years or older, had complete vision and diet questionnaires, and had available eye examination results.

The researchers measured the participants’ daily dietary PUFA consumption through interviews. The primary outcome was the prevalence of glaucoma, as defined by the Rotterdam criteria. The Rotterdam criteria uses a combination of optic nerve appearance and visual field defects for a glaucoma diagnosis.

The results suggest that increased intake of EPA and DHA omega-3 PUFAs are associated with a lower likelihood of glaucoma. However, the results also show that participants with a daily dietary PUFA intake in the second and third quartiles demonstrate increased the risk of glaucoma. In response to this contradictory finding the authors offer the explanation that although some subtypes of PUFAs may lower glaucoma risk, an excess of PUFA intake may not.

Alternately, the authors consider another hypothesis that perhaps this result is related to the ratio of omega-3 to omega-6 fatty acids. One major limitation was the observational and cross-sectional study design, which prevented the authors from drawing any casual associations between daily PUFA intake and glaucoma risk. To extend these findings, future research will have to investigate this relationship in a longitudinal study. Prospective studies should also consider investigating the ratio of omega-3 and omega-6 PUFA subtypes to understand how their intake levels affect the risk of glaucoma.