Home Health and Wellness Fitness A Father’s Level of Physical Activity in High School Could Influence his... 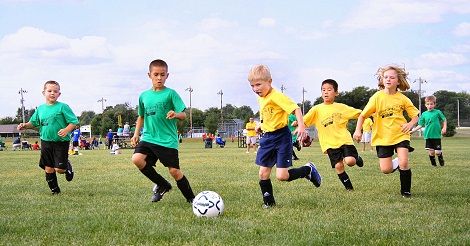 A new study suggests that among lower socioeconomic status families, the father’s previous level of physical activity may be important to encourage youth to sustain sports participation

In a paper published in the International Journal of Behavioural Nutrition and Physical Activity, researchers from the US used advanced analytic approaches to address this issue. They used a statistical method called latent class analysis for classifying the physical activity (PA) behaviour of parents when they were younger. This method allows for the identification of unmeasured class membership among subjects using subcategories. Researchers correlated parental patterns of physical activity during their time in high school (as they passed from kids to adolescents), with their current child’s sport participation and trajectories. They divided the 408 participating families based on parental behaviour regarding physical activity during high school and current socioeconomic status, and identified three classes: “higher family socioeconomic status (SES) and regular PA in both high school and adulthood by both the father and mother (Group 1); lower family SES and regular PA in high school by the father (Group 2); and lower family SES and no regular PA in high school by the father (Group 3)”. Researchers discovered that children from a low SES were more likely to be involved in physical activities if they were and their fathers were regularly active during their time in high school. Researchers also determined that watching or complimenting a child during sports was more strongly associated with maintenance of sport participation, in comparison to encouraging physical activity.

The differential results observed between a mother and father’s influence in their child’s level of physical activity could be attributed to the different priority between the parents; while mothers are generally more interested in the academic development of the child, the father is more involved in the physical activity of their kids.

Given the known benefits of physical activity on health, these findings highlight the importance of parents providing a good example through playing sports. It is also a great occasion to share quality time with our kids that grow so fast.