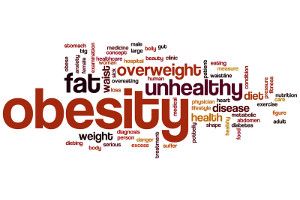 A study of survey responses from over 70,000 adults in the United States reported that the social acceptance of obese family members, co-workers, and teachers is declining, despite acknowledgement that obesity is a complex disease with many contributing factors

Obesity is a disease that is triggered by numerous factors that are related to health and the environment. Negative opinions and social biases against weight from sources like family members, co-workers, media, and education are difficult barriers to overcome and often impede weight loss success. In collaboration with a number of obesity researchers, the Obesity Action Coalition (OAC) conducted anonymous online surveys of more than 70,000 adult Americans from early 2013 to April 2015 to assess their perceptions of obesity over time.

The survey utilized primary measures of obesity blame, obesity perceptions, social distance, and ‘fat phobia’. For example, a question on social distance would be analyzed on how strongly the person surveyed agreed or disagreed to the statement, “I wouldn’t mind if a person who has obesity worked together with me at my workplace” using a 5-point scale. A fat phobia question would involve choosing the circle closest to the adjective that the person surveyed felt best described their feelings and beliefs about obese or fat people, like ‘lazy’ or ‘industrious’.

It was reported from the survey that weight bias, measured by the fat phobia 5-point scale, was moderately high at a 3.6, and that the social acceptance of people with obesity had declined significantly in education, employment, and family relationships. In contrast, the proportion of those surveyed that viewed obesity as a “personal problem of bad choices” and that obese people are “personally responsible for becoming obese” declined over the study period. These results suggest that the public understands that obesity is more complex than a personal problem.

It was noted by the researchers that weight bias is a source of significant negative impact on people living with obesity and that public opinion must be continually monitored to examine how they will evolve.