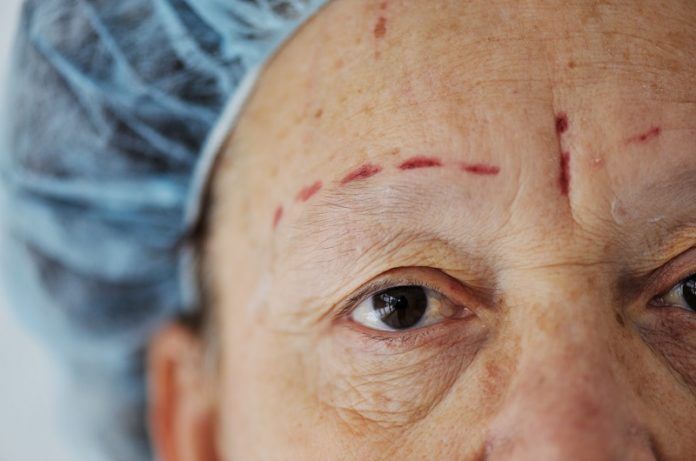 An online survey asked respondents to view blinded images of patients pre- and post-facelift surgery, and were asked to rate them in terms of age, attractiveness, success and health.  Results show that respondents generally rate post-surgery images higher in those criteria, and that the estimated age is significantly lower than the patient’s actual age.

Facelift surgery remains one of the most popular cosmetic surgery procedures worldwide.  While there are numerous techniques refined and advocated by experts, the principles are essentially the same:  skin and soft tissue in the face that have sagged or drooped due to age are addressed by surgically tightening the underlying facial muscle structure, re-draping the loose skin or a combination of both.

The perceived benefits patients experience from facelifts have also been well-documented.  Patients who report satisfaction with the post-operative result also report a corresponding boost in self-image that in turn positively affects social interactions.

Less is known about how others perceive patients who have undergone procedures like facelifts – is there really a tangible, observable difference from an observer standpoint, and can this affect how they interact with these patients?

A study published in the JAMA Facial Plastic Surgery journal investigates the association between facelift surgery and observer perception. From January to June of 2016, a web-based survey was conducted where casual observers were asked to view independent images of females either before or after surgery.  The survey participants were asked to estimate the age of the patient, and to rate the image in terms of attractiveness, perceived success and overall health.  From 483 respondents who completed the survey, the post-facelift images received higher rankings and were seen as more attractive, more successful and healthier.  Moreover, the age estimates given by the observers were significantly lower than the actual age of the patients.  This also ties in with the much-discussed ‘halo effect’—where the attractiveness of people is unconsciously associated with happiness and success, leading to advantages in jobs, political candidacy or even judicial leniency (!).

But before readers start booking their appointments with a plastic surgeon, there are things to keep in mind:  the study had a distinct bias, where the pre- and post-op images were all female, and that most of the respondents were also women.  Perceptions and ratings may change if the survey was more inclusive gender-wise, with respect to images used and participants.  Also, what if the respondent knew that the image was post-surgery—would the perception (and subsequently) the ratings change?

It should also be kept in mind that in this study, the images were pre-selected as the optimum results of facelift surgery; images chosen (and presented) were judged as the “best results” by both patient and surgeon.  Perhaps the factor with the greatest relevance is the surgical skill to produce the best outcome—so choosing wisely when it comes to your surgeon is important.  As we all know, bad plastic surgery may be the surest way to sink to the bottom of those survey ratings.