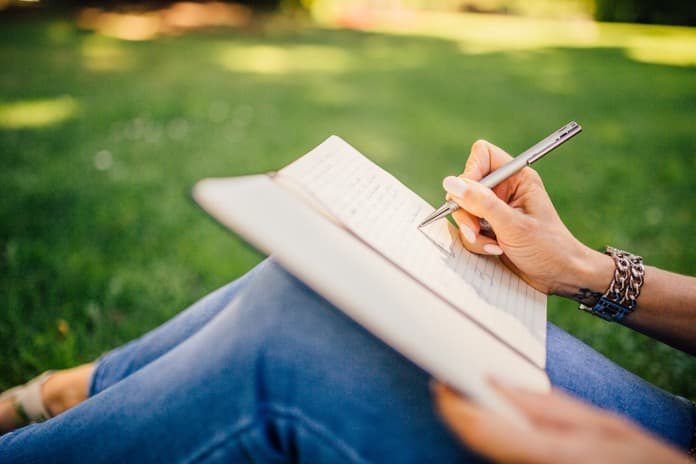 A recent study in China examines whether expressive writing can be used to treat moderate to severe test anxiety.

Who doesn’t feel nervous before a big test or exam? This is a phenomenon that affects people across the world and is especially prevalent among school students of all ages. Levels of anxiety vary geographically. In China, up to 45.9% of high school seniors have a severe problem with test anxiety. The academic stress associated with test anxiety has two components.  One is debilitating thoughts and worries and the other is heightened physiological symptoms, which affect academic performance, learning, and psychological well-being.

The development of effective strategies to address test anxiety is imperative and scholars all over the world are searching for an ideal intervention program. There have been various intervention strategies used in the past in studies on reducing test anxiety, such as psychoanalytic therapy, behavior therapy, pharmacotherapy, or cognitive therapy. While these methods reduce test anxiety, the most effective among these took a longer period of time to take effect. They also sometimes necessitated long hours of services of a psychological counsellor.

Scholars are now researching newer, less taxing interventions in terms of time and cost investment. Expressive writing is the technique implemented in the present study and involves writing a meaningful and deeply personal narrative on a significant topic that may be troubling or traumatic to the participant.

Expressive writing has been shown to significantly improve personal well-being. Recognizing one’s own reactions and emotional responses during periods of stress, failure, or difficulty is essential to psychological adjustment. Patients have shown both physical and psychological improvement following tasks in expressive writing.

This research study done was done in China and published on February 5, 2018, in the PLoS ONE Journal. It involved using a test anxiety scale administered to 200 senior high school students. The control group included 75 high anxiety students who were randomly divided into either control or experimental groups. For a period of 30 days, the experimental group was asked to engage in the expressive writing of positive emotions while the control group merely wrote down a narrative of daily events.

The emphasis on positive themes in expressive writing is a step in line with the rise of positive psychology, which helps individuals to discover positive meanings in an event, thereby allowing better emotional regulation. It aids mental flexibility and helps people better handle stress in addition to reducing treatments costs for conditions like anxiety and depression. Western culture allows for more negative emotional expression, while in the east, people suppress negative emotions more. Hence the study in China focuses on a culturally appropriate perspective in encouraging the students in the experiment to express positive emotions through the expressive writing tasks.

For Chinese students, the Gaokao or National Chinese Entrance Examination is one of the most impactful culturally specific exams in a student’s life. The results are expected to have a concrete impact on determining the student’s entire life and it is one of the most stressful exams where the student population experiences a significantly high level of test anxiety. The students in the study indicated moderate to high levels of test anxiety and the results of the study were promising in that it reduced anxiety significantly in line with expectations seen in past scientific literature.

A new finding, which was not in line with the literature, was that Asian students did gain increasing insight and also used more positive emotion words. Contrary to past belief that Asian Americans do not glean benefit from expressive writing, participants did experience cognitive reappraisal of their test anxiety through expressive writing tasks focussing on positive themes.

Since the task was done in the evenings, writing on a positive note helped the students end the day on a relaxed happy note, resulting in feeling better rested. This allowed them to begin the following day positively and opened them up to more positive experiences, thus establishing a cycle that reduced test anxiety. It was also seen that there weren’t significant gender differences for male and female participants in the study.

Since there are no requirements for a school counsellor for the administration of the intervention and also as this is implemented at flexible times of the day, it is easy, cost-effective and convenient to use. Moreover, as it can be used with multiple students simultaneously it is highly efficient and worth promoting in schools. The drawback of the study was that while it measured test anxiety and recorded significant reduction in the same, it did not include a measurement of changes in performance as a result of the study on participants.