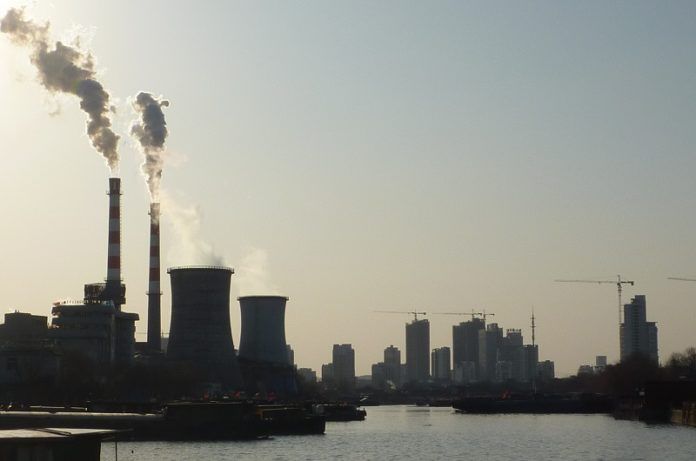 The rise of industrialization has been met with a concomitant rise in environmental pollutants affecting the soil, water, and air. Particulate matter in the air has been found to cause respiratory diseases such as asthma, chronic obstructive pulmonary disease, and lung cancer. However, it can also affect the cardiopulmonary system leading to oxidative stress, inflammation, and epigenetic changes.

Major sources of air pollution are carbon monoxide, volatile organic compounds such as benzene and formaldehyde which are released from burning fuels, persistent free radicals that attach to particles formed during combustion, and particulate matter such as dust, salt, and arsenic molecules or droplets of liquids such as sulphuric acid.

According to a report by the World Health Organization, exposure to air pollutants caused approximately 7 million deaths worldwide in 2012. Of the various forms of air pollution, particulate matter (PM) is considered one of the most harmful. Airborne particulate matter has been linked to serious health problems such as asthma, COPD, respiratory irritation and inflammation, and irregular heartbeat. In addition, it is classified as a Group 1 carcinogen, meaning that it can induce cancer in humans.

In a 2017 paper published in the Journal of Cancer Prevention, researchers from Korea summarized the toxic effects of airborne particulate matter on respiration. They report that it leads to oxidative stress in the lungs, causes inflammation and immune suppression, and induces cell proliferation in the lungs. Furthermore, they state that even short-term exposure to increased levels of airborne particulate matter can cause epigenetic changes.  This means that it can cause changes in gene expression and, in turn, how cells read these genes.

The good news is that biomarkers of DNA damage from these epigenetic changes may be useful in the prediction and early detection of lung diseases. For example, research has shown that 8-oxo-2’-deoxyguanosine is a biomarker of oxidative DNA damage. Other possible biomarkers are LINE-1, Arthrobacterluteus restriction endonucleases (Alu), and TLR-4.

This finding is significant because these biomarkers may provide a means to detect lung cancer in its early stages. Lung cancer caused 8.2 million deaths in 2012. In part, this number is so high because the symptoms of lung cancer are similar to those of the common cold.  The result is that most lung cancer patients are diagnosed after the disease has progressed. It is hoped that using biomarkers to identifying DNA damage could help with the early detection and treatment for lung cancer and hopefully improve survival rates.