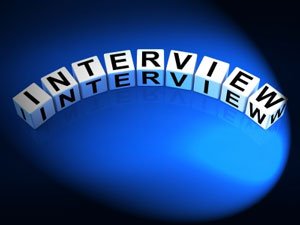 An interview with Dr. Hans-Michael Dosch, Professor of Paediatrics & Immunology, and Senior Scientist at the Hospital for Sick Children, Toronto. I had the opportunity to talk with him about his experiences in clinical research.

Dr. Hans-Michael Dosch received his MD and PhD and completed his medical training in Marburg, Germany before joining the team at The Hospital for Sick Children. He is currently a professor of Paediatrics and Immunology at the University of Toronto and is a Senior Scientist in Neurosciences and Mental Health at SickKids.

Dr. Dosch was one of the three founders of the TRIGR diabetes prevention trial; an over 20 year intervention effort which is running on three continents until at least 2017. This trial was based on basic science in the Dosch lab along with his Finnish collaborators. Dr. Dosch is the trial’s Science Chair.

We previously reported on the TRIGR trial, and I had the opportunity to interview Dr. Dosch regarding his experiences in clinical research. Dr. Dosch is not only a talented scientist, but he respects and cares for patients, and is driven to see his research outcomes have lasting benefit to patients and their families.

“My primary research interests range from basic science to ultimately arrive at conclusions that can be translated to disease. I’ve always had that kind of strong feeling that this was important for research. That’s how I got involved in clinical trials.”

“Like many of my colleagues, ultimately I want to have an impact on improving medicine and improving our ways of dealing with some of the big diseases; that’s what it’s all about.”

“Well, you can’t have one without the other. The philosophy has been, and remains, that in order to derive new improvements in medicine, be they diagnostic or therapeutic, if you don’t have a solid scientific foundation, you might as well go home. And that’s easier said than done, because basic science is expensive, it takes a long time, and it’s a challenge, there’s no doubt about that.”

“There’s an enormous hurdle, and to some extent there should be. The bar [for trial and research funding] should be high, but the real bar is almost insurmountable. If you are a basic researcher, to get funding and connections with clinicians that are willing to take it to the next step is very difficult.”

“In a way I don’t have an answer because I’ve never really encountered problems there. I take patients very seriously and I prepare materials for them to read and discuss, and I have really not had the experience of reluctance. You have to be very clear about what you are going to do, the risks and the potential benefits.”

“Not really, communication is important, you look at the TRIGR trial, we screened well over 6000 genetically selected pregnant women to have their infants enrolled in a clinical trial. We anticipated a lot of hesitation, but when all was said and done we could have recruited more. The recruitment took almost 5 years, but I think if you have a compelling case and the data to support it, and the risks are such, people feel more comfortable.”

“I usually have something written, sometimes pictures, or a movie, and that provides some basic information. I try to talk a bit about the science, and I try not to make it bone dry. I’m not giving a serious basic science talk, I’m giving a pep talk. I say, “Look, this is the problem, we can possibly fix this aspect or we can possibly do something positive”. When you’re straightforward with people they can accept that. Once you go through often a small pilot study and you have some data then the war is pretty much won. You can’t rush it unfortunately, and you have to take patients seriously. But if you make them part of the process, that it’s not some crazy scientist that’s doing it but make them part of the team that’s usually a good way to do it. That’s not to say that you don’t sometimes get a family that will say ‘no’, but that’s their right, and there’s nothing wrong with it.”

I would sincerely like to thank Dr. Dosch for taking the time to participate in this interview.

This interview has been edited for clarity and length.

A Personal Account: Dr. Major Discusses How We Can Gear up in the Fight against Tuberculosis – July 5, 2016

Everything You Wanted to Know about the Institutional Review Board and Research Ethics: Part 1

A Look Inside Clinical Trials with Dr. Hertzel Gerstein