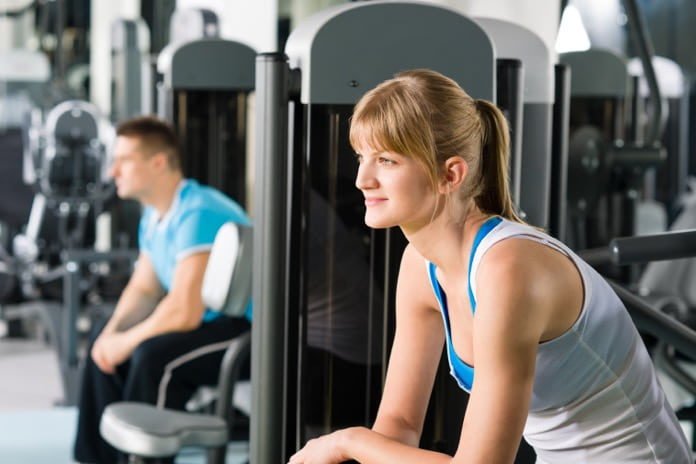 A recent study looked at the effects of work-related fatigue from physically inactive and demanding jobs on the levels of physical exercise.

Exercise can improve many aspects of well-being. Specifically, physical exercise may also reduce fatigue caused by work demands. However, exercise seems to decline as work-related exhaustion increases. This creates a vicious cycle; a person experiences stress, the stress reduces their overall health and essentially causes the individual to exercise less.

A study published in the Scandinavian Journal of Public Health determined the work-related fatigue in both sedentary and physically-demanding jobs. For the study, the researchers examined data from questionnaires sent to 10,427 Danish workers. They determined the connection between work-related fatigue and the workers’ engagement in lowland high-intensity physical activity. The researchers also compared the differences between different age groups.

The first and most notable finding of this study was the reduction of physical activity with the reduction of age, in both sedentary and physically-demanding jobs. This is especially alarming as the age of retirement is now growing steadily year by year. There are more older workers in the workforce who experience the same work-related demands as younger workers.

However, as a person ages, their cardiovascular and musculoskeletal health diminishes, creating a greater strain for the same amount of work. Intense cardiovascular and resistance training has been shown to counteract many of the factors that cause weakness in elderly people. Thus, there is a need for increasing the availability of workplace interventions targeting the physical health of the elderly population.

Physically demanding jobs did significantly decrease the amount of physical exercise. There was a reduction of 40 minutes of exercise per week between workers who reported they were “not tired” and workers who reported they were “very tired”. While this would be intuitive, the paradoxical part is that an increase in physical activity will reduce the levels of fatigue in these workers.

Exercise may help reduce fatigue by increasing a person’s strength and energy levels. An increase in resistance training will increase a person’s muscle fibers, and thereby decrease their levels of strain. A person who lifts weights regularly will find it easier to lift, dig, or engage in similar work-related activities.

What is the role of exercise in office workers?

Office workers, with more sedentary jobs, will also benefit from physical exercise. As the physical health of the person increases, so will their subjective quality of life. Also, muscle aches and other nerve-related problems may decrease and illnesses will reduce.

Thus, there is a strong need to implement health promotion programs in both low and high-demanding atmospheres. These programs may promote the overall health of individuals and significantly reduce the strain and fatigue caused by the work requirements.

Self-reports may limit the validity of the findings

While the results are significant, the fact that the reports are self-administered is a major limitation to study’s validity. Only very large differences can be seen as a valid result. While there were several small differences between sedentary workers, the results are not reported here as conclusions cannot be drawn from them.

Future research should focus on more objective ways to measure physical activity. Moreover, only 53% of the initial sample responded to the questionnaire, which may result in a selection bias and thus underrepresenting a great portion of the population.

Nonetheless, the number of participants in this study is quite large and allows for some conclusions to be drawn with sufficient confidence. The fact that higher-intensity work may result in lower physical activity is strongly alarming, and a call for action is due.

The authors strongly recommend a workplace program to improve the physical health of workers. These programs may provide many potential benefits for both the workplace and the workers. A reduction in sick days and an improvement in work-related efficiency may also reduce workplace costs significantly. A lower rate of workers exiting the workforce prematurely will benefit all sectors of the economy. On a personal level, increasing physical health is linked to reducing work-related fatigue and increasing an individual’s overall health and quality of life.

Is a Lack of Sleep Leading You to Eat More Sugar?