Home Health and Wellness Fitness Use it or Lose it: Can Exercise Keep You Limber Up To... 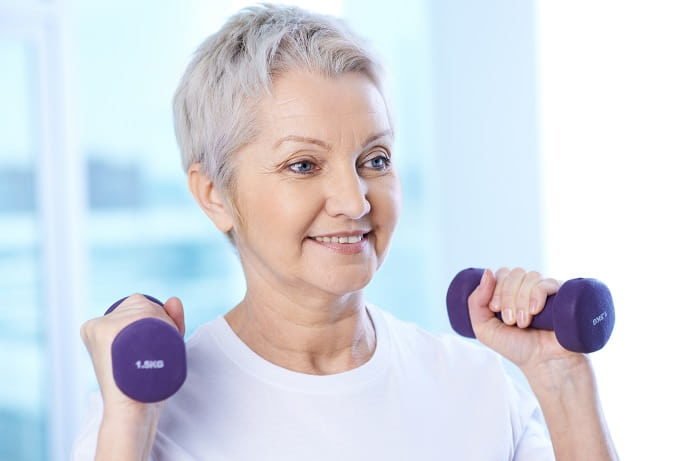 Researchers in Italy evaluated how a group of 80-year-olds outperformed a team of 50-year-olds in a simple physical exercise test.

All they had to do was stand up from a chair five times in a row as quickly as possible. So how are 80-year-olds outperforming 50-year-olds in this simple physical task?

The Lookup 7+ project is an Italian health initiative raising awareness for healthy lifestyle habits at local shopping malls and expo centers. But along with passing out pamphlets on how to avoid chronic diseases, doctors and scientists are also gathering information on the behavioral habits that are helping the elderly stay physically young. Not surprisingly, habitual exercise hit the top of the list.

Since the project’s start in June 2015, researchers have surveyed over 6,000 participants on lifestyle choices, and have linked that information to how individuals perform a simple chair-stand test. The participants were asked to stand up from a chair five times in a row as quickly as possible to measure muscle power and lower-body motility.

Their results, recently published in PLoS ONE, revealed that the older the participant was, the longer they needed to complete the chair stand test. On average, those in their 80s required three seconds more than teens in their 20s. While muscle activity stayed relatively constant for both men and women up until their early 40s, performance levels declined steadily after that.

But what took scientists by surprise was a group of 80-year-olds whose physical status rivaled participants in their 70s, 60s, and even 50s. What set these men and women apart from all the others, was a dedication to habitual resistance training.

The more exercise a participant performed on the regular, the better their muscle performance in the chair stand test. Within each age group, those habitually practicing resistance exercises completed the tests 0.8seconds faster than those living a sedentary or moderately active lifestyle. The scientists found that basic walking exercises simply wasn’t enough. To see results, the participants had to perform swimming, jogging, or weight lifting exercises – those that actively engage muscles beyond everyday movements. By maintaining habitual exercise regiments into old age, these 80-year-olds were able to hold back muscle loss and weakness by approximately 30 years.

The researchers leading the Lookup 7+ project are now advising people of all ages to get into a habit of exercising daily. Just an hour of high-intensity activity each day, including running, jogging, or weight lifting, will help keep your muscles from aging. Thirty years into the future you’ll be thanking yourself for it.