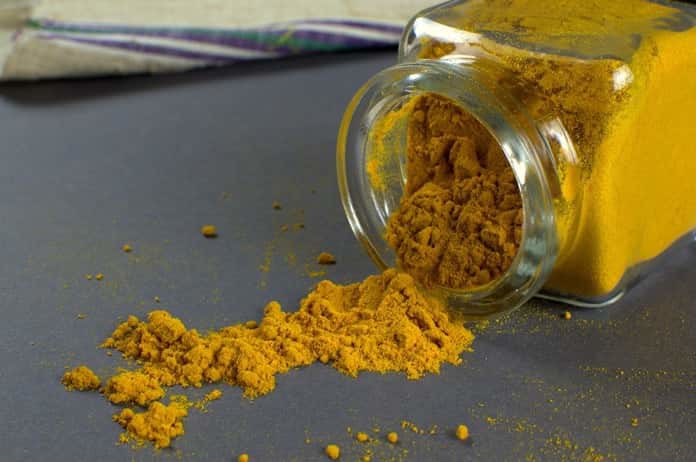 Multiple sclerosis is a serious neurological disease with severe symptoms affecting the quality of life. Researchers from Pakistan and Saudi Arabia review what’s known about whether curcumin benefits the treatment of multiple sclerosis.

Multiple sclerosis, known colloquially as MS, is a degenerative disease affecting the central nervous system. In MS, an abnormal immune response attacks the fatty coating, myelin, around nerve fibers as well as the nerve fibers themselves. This leads to symptoms such as blindness, muscle weakness, and problems with coordination. These neurological symptoms often remain even when the disease is no longer progressing.

The causes of MS are not perfectly understood, but there are likely both genetic and environmental factors that influence its onset. Although there are some therapies for MS, many of these come at a significant cost, both financially and in terms of toxicity and adverse reactions. As a result, scientists are on the lookout for new potential therapies.

Medicinal plants have been used both in traditional medicine and as a starting point for modern biomedical treatments. In Neurological Sciences, Qureshi and colleagues reviewed the known curcumin benefits for MS. Curcumin is a yellow chemical produced by plants and gives the turmeric spice its color. It is often used as an herbal supplement as well as in cosmetics and food coloring.

One of the factors influencing MS progression is oxidation or free radicals. Curcumin acts as an antioxidant. Further, curcumin can reduce inflammation by inhibiting many of the enzymes and factors that lead to the activation of immune responses and inflammation. In addition to these direct effects on inflammation, curcumin can reduce cell death, although the way in which it does this is not well-understood. Together, these factors are responsible for a substantial portion of MS disease progression.

Although curcumin has potential benefits for the treatment of MS, it is difficult to turn it into a medication. It is not easily available to the body once consumed, it is chemically unstable, and is difficult for the body to absorb. However, curcumin is stable in fatty tissues like myelin and the brain.

Future research will improve our understanding of curcumin’s effects, and how to turn these known benefits into usable therapies. Clinical studies are already taking place with new formulations of curcumin that may be more easily available to the body.