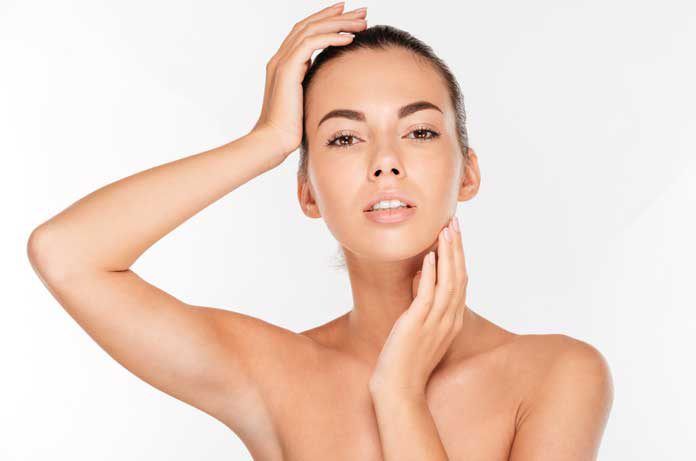 Hyaluronic acid (HA) is a widely used intradermal filler agent for correcting facial wrinkles in the aged. A recent study by scientists in Korea have revealed that monophasic (homogenous microspheres) HA with pre-incorporated lidocaine (PLUS) for treating severe nasolabial folds has the same activity as biphasic (wide range of microspheres) HA for 24 weeks; as well, monophasic HA is less painful than biphasic HA without lidocaine.

The nasolabial folds (NLFs) are the prominent facial characteristic folds of the skin running from each side of the nose to the corners of the mouth. Naturally with advancing age, the buccal fat and collagen beneath the skin decrease, leading to loss in elasticity of skin and increased facial folds. In order to restore the lost fat in the facial area, various methods have been adopted. Hyaluronic acid (HA) dermal fillers with low immune response have been widely used over the years for treating facial wrinkles. During the treatment process, various anesthetic agents and cooling therapies have been employed with dermal fillers for reducing the pain. HA fillers are most commonly incorporated with the local numbness agent lidocaine to provide pain relief and sufficient satisfaction to patients. Most of the available HA fillers on the market differ in their physical features as well as in clinical outcomes. A comparative research study on the characteristics related to efficacy and safety of similar HA dermal filler products for treatment of facial wrinkles was published in the Journal of Cosmetic Dermatology, 2017.

A randomized, multicenter, active-controlled, matched-pair clinical study from two centers of South Korea was carried out on a total of 52 healthy patients over the age of 30 years with visible NLFs (moderate to severe). In order to the correct NLFs, two HA fillers, Dermalax implant plusTM (Across, Gyeonggi-do, Korea), marked as PLUS below, and Restylane Sub-Q (Q-Med, Uppsala, Sweden), marked as Sub-Q was administered to each subject. Later, cosmetic characteristic changes were evaluated at 2, 8, 12, 16, and 24 weeks while wrinkle severity was reported by the Wrinkle Severity Rating Scale (WSRS). Interestingly at week 24, it was observed that there was a 1.06±0.54 improvement in the WSRS compared to baseline with the PLUS injection and 0.69±0.58 improvement for the Sub-Q injection. In the case of pain relief, which was evaluated by self-assessment of 100-mm visual analog scale scoring within 30 minutes after application between the two groups, mean pain values of PLUS (14.65±16.23) was significantly lower than those of the Sub-Q group  (38.29±27.27). In addition, adverse events related to redness, swelling, bruising, bleeding, and pain following both filler treatments in the study subjects indicated absence of serious side effects.