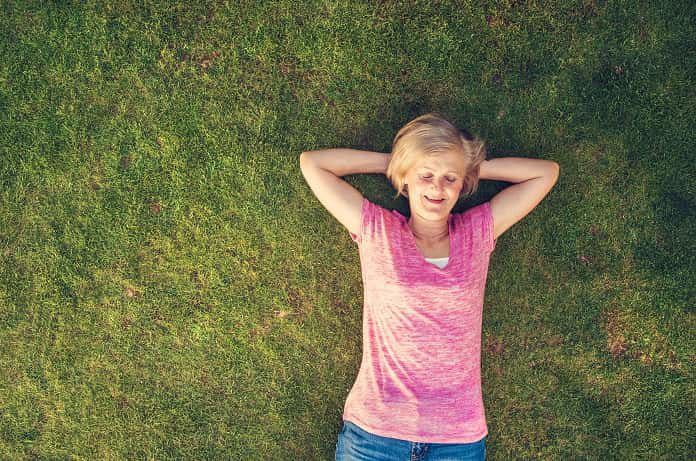 A recent study investigated the efficacy of transdermal estradiol with oral progesterone to prevent the development of depression during menopause.

The menopausal transition and the early postmenopausal period have been associated with clinically significant increases in depressive symptoms and major depressive disorder. Women with a previous history of depression or abuse and those who have experienced recent stressful life events may be at greater risk.Severe vasomotor symptoms, including hot flashes and night sweats, have also been identified as a risk factor for depression in this particular population.

Can Estrogen Prevent Depression During Menopause?

Depressive symptoms have been linked to fluctuations in the hormone estradiol, a form of estrogen, the major female sex hormone. Although estrogen therapy with or without progesterone has been shown to effectively treat depressive symptoms in perimenopausal women, the potential of hormone therapy to prevent depression in perimenopause and the early postmenopausal period has not been well studied. To fill this gap, a group of North American researchers conducted a double-blind, placebo-controlled randomized trial at the University of North Carolina at Chapel Hill from October 2010 to February 2016. The results were recently published in JAMA Psychiatry.

The researchers tested the efficacy of an estradiol patch plus intermittent micronized progesterone (TE+IMP) in preventing depressive symptoms in non-depressed women with a normal mood in perimenopause or the early postmenopausal period. They also examined whether certain groups of women were more vulnerable to depressive symptoms, including those with more severe vasomotor symptoms and a history of depression as well as those who reported stressful life events or abuse. Baseline levels of estradiol and reproductive stage at enrollment were also considered as factors that could influence the development of depression.

The women were recruited through advertisements posted in the community and on social media, and they received monetary compensation for their participation. One hundred seventy-two women between the ages of 45 and 60 years participated in the study. The participants were randomized to receive either TE+IMP or the placebo. Patches were used to deliver 0.1 mg of estradiol over a 12-month period. The women received progesterone every two to three months for 12 days at a dose of 200mg per day. The researchers studied the effects of estradiol alone during seven clinic visits that occurred when women were not receiving progesterone. Depressive symptoms were measured using the Center for Epidemiologic Studies–Depression Scale (CES-D). A score of 16 or greater on the CES-D indicates clinically elevated depressive symptoms.

Sixty-six percent of the women attended all seven clinic visits, and 85% attended at least four. Overall, women who were assigned to the placebo condition showed clinically elevated signs of depression compared to those who received TE+IMP. They were more likely to score at or above the cutoff for clinical depression at least once during the study period, and they scored at or above the cutoff on more visits compared to those in the intervention group. They also had higher mean CES-D scores across the 12-month study period. The results indicated that TE+IMP was especially beneficial in preventing depressive symptoms among women in the early menopausal transition and those who had experienced greater numbers of stressful life events in the six months prior to enrollment. On the contrary, baseline estradiol levels, vasomotor symptoms, and depression and abuse histories did not influence results.

In general, this study suggests that TE+IMP is an efficacious approach to preventing depressive symptoms in women during the menopausal transition. The women who received this intervention were, however, more likely to report heavy or prolonged bleeding compared to those in the placebo group. Clinicians should consider identifying and targeting women in the early stages of the menopausal transition and those who report high numbers of recent stressful life events as they may derive greater benefit from this therapy. Further research is needed to elucidate the mechanisms through which TE+IMP influences levels of estradiol to prevent depression in various stages of the menopausal transition.