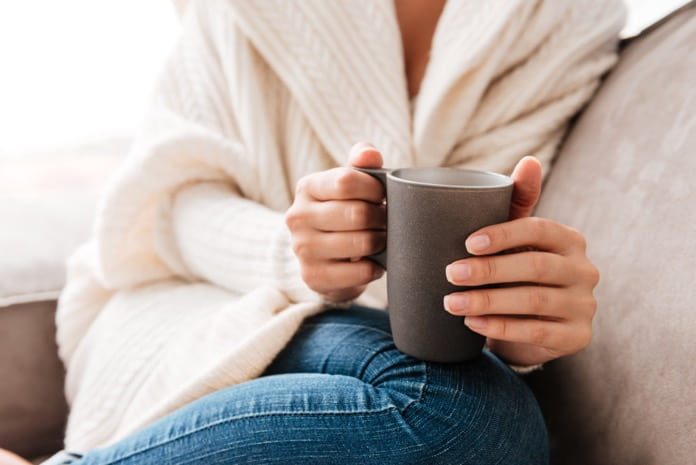 A study in Canada in collaboration with scientists from the United Kingdom tested the accuracy of a cervical cancer test based on epigenetics.

What is cervical intraepithelial neoplasia?

Cervical intraepithelial neoplasia (CIN) is a precancerous condition where there is an abnormal growth of cells on the surface of the cervix. Currently close to a million women in the USA are diagnosed with CIN and it is more common among women between the ages of 25 and 35 years.

CIN is graded based on the extent to which the tissue at the cervical surface is affected, with CIN1 being the least severe with less than a third of the tissue being affected. CIN2 indicates a moderate severity of the disease. CIN3 is the most severe form where more than two-thirds of the surface tissue is affected and if CIN3 is left untreated, it may lead to cancer. More often than not, CIN1 clears up on its own without treatment. However, a persistent HPV infection increases the probability of disease progression over many years.

Given that CIN usually does not cause any symptoms and is detected based on the presence of abnormal cells on a Pap smear, effective screening methods that can accurately predict the presence of CIN2 or CIN3 early on are useful.

Currently, two common methods for screening CIN are liquid-based cytology (LBC) and HPV testing. In the LBC screens, cells from cervical surface are collected and stored in a liquid medium prior to examination of the cells under a microscope. LBC screens are widely used but have low sensitivity when it comes to detecting CIN2+ cases, thus requiring a follow-up screening to examine if the HPV infection persists or has cleared up.

HPV screens look for the presence of HPV virus have high sensitivity when it comes to detecting CIN2 or CIN3 cases, but it shows lower specificity which means that not all women who test HPV positive will have abnormal cervical cell growth. There is a need for a screening method that has both high sensitivity and high specificity.

The study led by researchers at the Queen Mary University of London, United Kingdom was carried out with samples collected as part of a large clinical trial in Canada and examined if an epigenetic biomarker could serve as a cervical screening method. The results of the study were published in the November 2018 issue of the International Journal of Cancer.

Epigenetic biomarkers are emerging as a viable screening tool for cervical disease. Epigenetic literally means “on top of genes”, and indicates how cells attach a molecule to the genes in order to turn genes on or off.  A common epigenetic mark is the addition of the methyl group to genes.

The lead researcher of the study, Dr. Attila Lorincz had shown in previous studies that the levels of methylation on the HPV genes were predictive of a diagnosis of CIN2/3 in women who tested HPV positive. To help further validate the earlier results, Dr. Lorincz and colleagues tested the methylation levels in samples from a subset of women enrolled in a large randomized control trial called the HPV FOCAL (For CerviCAL Cancer Screening) trial.

Dr. Lorincz told HemOnc Today, “I wanted to evaluate the clinical performance of an epigenetic biomarker signature that I had developed earlier in clinical studies from the U.K. The large screening study from Canada allowed me to validate my signature in a globally relevant manner to show that it can prevent cervical cancer”.

The subset of women from the FOCAL trial included 257 women aged between 25 to 65 years who had tested HPV positive at the beginning of the trial. They also showed positive liquid-based cytology results and had confirmed pathology outcomes.

The methylation levels on HPV 16 and HPV 18 virus DNA and a human tumor suppressor gene EPB41L3 was measured and used to calculate a S5 risk score. The researchers then compared the predictive power as well as the sensitivity and specificity with which the S5 risk score could be used to diagnose higher-grade CIN or cancer with that of other screening methods including HPV genotyping and LBC.

Of the 107 cases with CIN2/3 diagnoses, 81 were detected at the beginning of the trial by the S5 risk score. In contrast, the combination of LBC screening and HPV testing detected 73 at the start of the study and the remaining 34 cases were detected only at the 12-month follow-up screen.

The results showed that for patients with CIN grade 3 disease, the S5 risk score could accurately detect 93% of the cases. In comparison, the screening method of combined LBC test and HPV genotyping accurately detected 86.4% of CIN3 cases.

However, the specificity, indicating the number of people who tested negative and were truly disease-free, of the S5 risk score was 41.8% as compared to a specificity value of 49.8% for the combined LBC/HPV screening method.

Strikingly, all of the samples collected from eight women who were diagnosed with cervical cancer after enrollment tested positive in the S5 screen.  Four of these women had a second sample collected after enrollment and before diagnosis. The second sample showed higher levels of methylation compared to the first sample. This suggests a correspondence between the progression of the disease and methylation levels.

However, it must be noted that the high levels of methylation in samples from the women diagnosed with cancer were still lower than the methylation levels detected in Grade 3 CIN samples. Additionally, this was a retrospective study where the molecular tests were carried out retroactively in women with known cytology and pathology outcomes. This type of study design may have certain inherent biases such as in a selection of cases.

Nevertheless, the S5 risk score method is an important addition to the cervical cancer tests available. The S5 risk score method is better able to detect the CIN3/high-grade disease early on which can reduce the number of follow-up screening visits that are needed to diagnose the disease using the LBC or HPV genotyping test. These individuals can receive treatment early thus reducing the risk of developing cervical cancer.

Additionally, it is a cost-effective screening method from a public health perspective as a negative S5 result suggests a low risk of developing cervical disease and the number of follow-up screening tests can be reduced.

As quoted in HemOnc Today, Dr. Lorincz said, “All cancers were predicted by the epigenetic signature up to 5 years before diagnosis. In addition, 93% of precancers [CIN3 samples] were detected in the study.”