A recent study examined the relationship between endometriosis and infertility to determine effective fertility treatments.

Compared to the past, women are now bearing children later and later in life. However, conception is predominantly affected by a woman’s age. After age 30, fertility rates start to decrease, and after age 40, the decline intensifies. For those having difficulty conceiving, assisted reproductive technology (ART), and non-assisted reproductive technology (non-ART) are potential treatment options.

Non-ART includes planning intercourse concurrently with stimulating the ovaries to release eggs, whereas ART includes methods such as in-vitro fertilization (IVF), in which an egg is fertilized with sperm in a laboratory and eventually placed in a uterus for the remainder of gestation. ART is a more successful method, but non-ART is cheaper, less invasive and less risky.

Age is a known factor for the success of both methods, however, endometriosis, which is the growth of tissue from the uterus in areas outside of the uterus,  has not been studied as a factor for treatment success in non-ART patients. In a recent study published in the Journal of Obstetrics and Gynecology, researchers assessed the factors that affect the success of both ART and non-ART to gain a better understanding of the relationship between endometriosis and infertility.

Researchers reviewed medical data on 1864 women who received ART or non-ART over the span of 15 years. The success of the fertility treatment was measured by the cumulative live birth rate.

The birth rate is higher among women who undergo ART

A majority of women using both non-ART and ART became pregnant within six months of receiving treatment. Researchers also found that the success of non-ART fertility treatments decreased with age and among women who had undergone previous fertility treatments, and who were diagnosed with uterine fibroids or endometriosis. 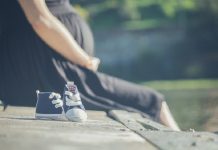 Perceptions of daily cannabis use during pregnancy