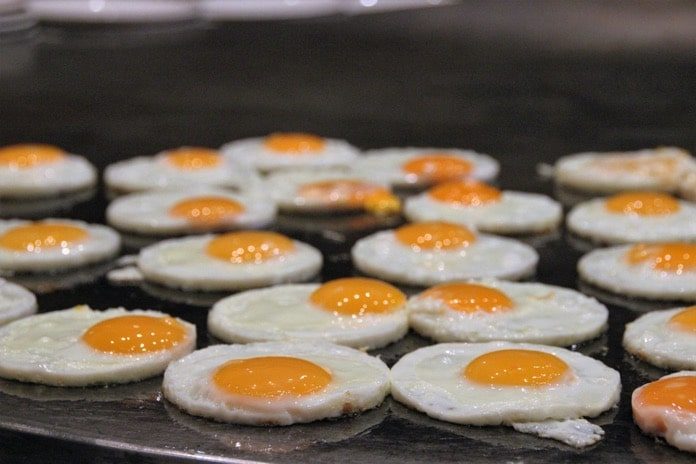 A study explores the correlation between the consumption of eggs and dietary cholesterol and the occurrence of heart disease or all-cause mortality.

The study used data from 29,615 participants, consisting of 56.1% women, from March 25th, 1985 until August 31st, 2016. At the start of the data collection, the median age of the participants was 51.6. Individuals that were diagnosed with heart disease at the beginning of the data collection were not included in this study. Characteristics such as race, sex, age, education level, physical activity, alcohol intake, and smoking status were collected using a questionnaire.

Researchers measured dietary cholesterol at milligrams consumed per day and egg consumption was based on the number of eggs consumed per day. The researchers primarily analyzed the occurrences of cardiovascular disease and all-cause mortality. Secondary outcomes of coronary heart disease, heart failure, and stroke were also recorded.

Increases in both cardiovascular disease and all-cause mortality were also attributed to higher consumption of eggs, with a minimum of an additional half of an egg per day. Based on considerations of correlations between egg consumption and other lifestyle factors, the study was able to conclude that the relationship between dietary cholesterol and cardiovascular disease or all-cause mortality was not influenced by the quality of the diet or the amount of fat consumed.

Follow-up studies needed to determine the progression of health outcomes

This research study offers an extensive analysis of the interactions between dietary cholesterol and adverse health outcomes. The study builds on previous research through the consideration of associations between factors such as egg consumption and lower exercise. Follow-ups over a long period of time will offer further insight into the progression of health outcomes. Further research in other regions of the world is also needed, due to the large differences in dietary habits and lifestyle factors.