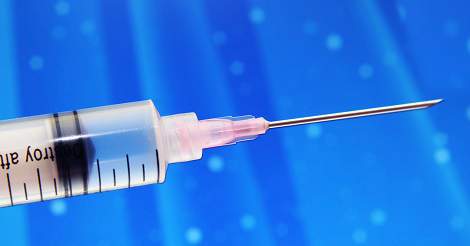 A research group from Bangladesh investigated the efficacy of single-dose inactivated oral cholera vaccine and found that a single-dose vaccine effectively prevented cholera episodes in older children and adults, but not in case of children under 5 years of age.

Cholera is still a serious global health problem. In 2009, a new whole-cell, inactivated, oral vaccine was developed in India (Shanchol), and it is suggested to be taken in two doses. The two-dose prophylaxis is proved to prevent 65% of cholera cases in 5 years and 53% of cholera cases in 2 years. However, it is still not clear if the two-dose administration of the vaccine is indispensable, or it would be still effective in only one-dose.

In a recent article, published in The New England Journal of Medicine, a Bangladeshi study group investigated the efficacy of the Shanchol oral inactivated cholera vaccine in a single dose. The trial took place in Mirpur, Dhaka where cholera is endemic, among 204 700 local people older than 12 months of age. The researchers conducted a census and identified high risk patients for cholera. In January and February of 2014, participants got either a single dose of the vaccine or placebo. Surveillance for cholera in the area was initiated at the same time and 101 participants were diagnosed with watery diarrhea caused by cholera in the following 6 months.The prevalence of adverse effects was the same in both the vaccinated and the placebo groups. The adjusted 6-month protective efficacy of the vaccine was 40% for cholera episodes and 63% for severe cholera that caused dehydration. The protective efficacy of single-dose Shanchol was low in case of young children under the age of 5 (16%), while in children between the age of 5 and 14 years and in participants older than 14 years, it was much higher (63% and 56%), and even higher in cholera cases with severe dehydration.

It seems that a single dose of oral inactivated cholera vaccine is effective in cases of older children and adults in preventing cholera episodes, but not in cases of younger children under the age of 5. Furthermore, when infrastructural challenges make it difficult to administer the vaccine twice, a single dose vaccination may still prevent cholera effectively, at least for a short term.