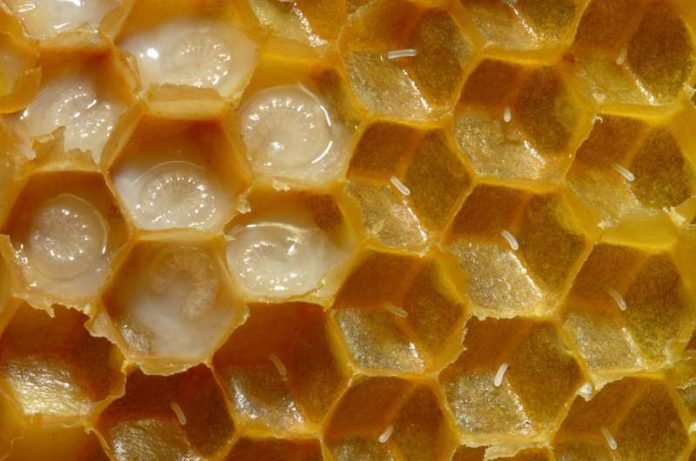 Scientists have revealed that a 3-month treatment with Royal Jelly can reduce triglyceride, LDL-cholesterol and subsequently the risk of cardiovascular diseases.

Cholesterol is found in all cells and serves many functions throughout the body. Our bodies need cholesterol but too much can be harmful. Elevated levels of low-density lipoprotein (LDL) cholesterol, known as the bad cholesterol, accumulates in the walls of blood vessels leading to formation of atherosclerotic plaques that narrow the vessels and inhibit blood flow. This process leads to cardiovascular disease.

Various classes of medication such as Statins, Niacin and Fibrates are administered to lower blood LDL cholesterol.

Researchers randomly assigned 40 healthy subjects with an LDL cholesterol range of 4.66 mmol/l to 5.18 mmol/lit to experimental or placebo groups. Participants were given a 350 mg/capsule of Royal Jelly or placebo/day for three months. Follow-up continued for one month after supplementation.

While no significant changes in body weight, waist circumference, body fat, triglyceride (TG) and high-density lipoprotein (HDL) “good” cholesterol levels were observed, the serum total cholesterol and LDL cholesterol levels were reduced significantly. Additionally, three months of Royal Jelly consumption significantly improved the concentration of sex hormones like dehydroepiandrosterone sufate (DHEA-S). There was no documented liver or kidney damage over the 3 months of supplementation or the 1 month follow-up period.

The authors conclude that Royal Jelly could be an effective choice for those with mild hypercholesterolemia; however, elucidating the exact biomedical mechanism of action of Royal Jelly will require further investigation.

Low Back Pain and Efficacy of Lumbar Stabilization Exercises