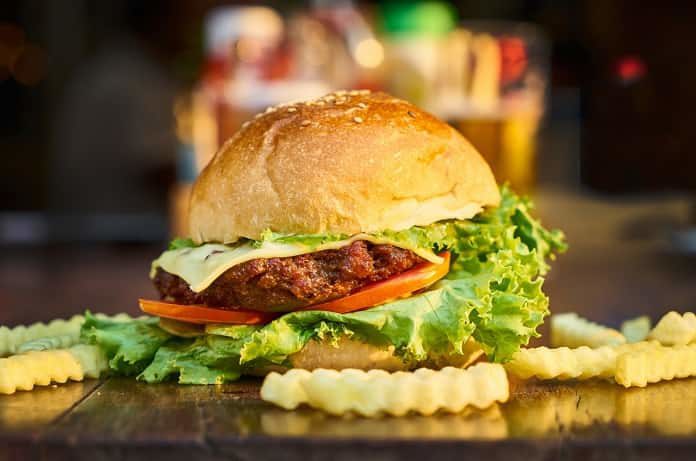 A recent study by Chinese researchers examined the effects of fast food consumption and maternal factors on health outcomes such as obesity in children.

Childhood obesity in China has rapidly increased in recent decades from less than 3% in 1985 to approximately 20% in 2010. Overweight and obese children are more prevalent in major cities, with Beijing reaching approximately 50% in recent years. With the fast food industry also rapidly growing in China, the effects of fast food and its contribution to an increase in childhood obesity and other health outcomes come into question.

The Effects of Fast Food on Obesity in Adults

Previous studies have shown a positive association between fast food intake due to its increasing availability and typically large portions and the obesity epidemic in adults. There are limited research and mixed evidence, however, as to whether there is an association in children as well.  Fast food as we know is high in unhealthy fats, salt, and sugar which contribute to obesity and other common health issues associated with obesity such as high blood pressure. A recent report showed that 20.2% of Chinese boys and 16.3% of Chinese girls have elevated blood pressure, which is actually much higher in comparison to American children.

What are the Effects of Fast Food on Obesity in Children?

To address the gap in the association between fast food consumption and childhood obesity, Chinese researchers collected data from a survey in 2015 which was part of the Childhood Obesity Study in China Mega-cities (which included Beijing, Shanghai, Nanjing, and Xi’an). The study included 1,626 students aged between 7 and 16 years and their parents. The study evaluated measurements including weight, height, waist circumference, and blood pressure. Food intake were assessed using a questionnaire. The main aims of the study were to assess fast food consumption by school-age children and identify the factors associated with fast food consumption such as health outcomes (obesity and elevated blood pressure), if there were any gender differences in the outcomes, and if maternal factors played a role in the potential association between fast food consumption and obesity.

The results published in BMC Public Health showed that approximately half of the children consumed Western and Chinese fast food over the three month study period. Overall, 11.1% of children were obese, 19.7% centrally obese (excessive fat around the stomach and abdomen) and 9% had elevated blood pressure. Obesity prevalence was observed to be much higher in boys, with 15.2% of boys obese compared to only 6.9% of girls. Also, as a child’s age increased, their fast food intake also increased by approximately 12% each year. However, no significant association between the consumption of fast food and health outcomes including obesity and elevated blood pressure were observed.

Interestingly, the evidence suggested there was an association between maternal factors such as educational level and body mass index (BMI) and their child’s health outcomes. Compared to children whose mothers were college educated or higher, children with mothers who had a lower education level were 71% more likely to be obese. Furthermore, maternal BMI showed a positive correlation between child obesity and elevated blood pressure, independent of the type of fast food the child consumed.

Despite no observable association between fast food consumption and childhood obesity, the prevalence of fast food consumption, obesity, and elevated blood pressure in children living in mega-cities across China is high. While the effects of fast food intake may not be linked directly to childhood obesity, the results indicated that maternal factors including a mother’s education level and BMI were. Therefore, in order to help fight the obesity epidemic and increasing consumption of fast food, particularly by Chinese children, the promotion and creation of national programs and policies for encouraging healthy lifestyles in young people are essential.