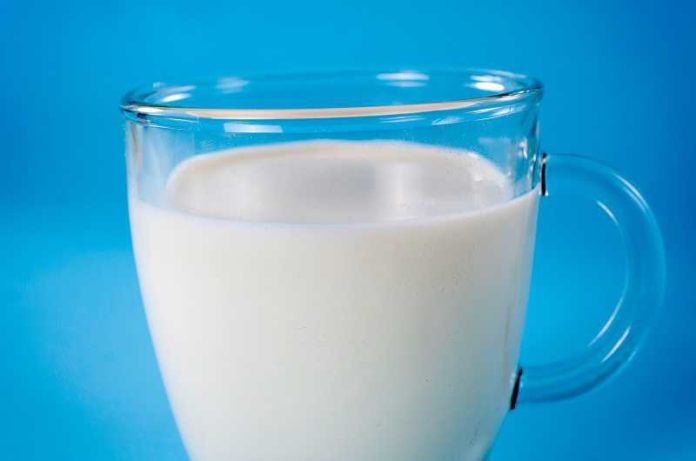 Research has shown that increased consumption of sweetened, artificially-flavoured dairy products is associated with higher concentrations of growth hormone in young girls, leading to earlier breast development. Yogurt intake has been shown to have opposite effect.

Puberty is the process by which a child transitions to a sexually mature young adult. During puberty, there is an increase in hormones such as the growth hormone and Insulin-like growth factor (IGF), responsible for the growth and development of physical characteristics. The physical changes are affected when the level of growth hormone is disturbed. Puberty occurs in girls between the ages of 10 and 14, indicated by their first menstrual period, breast development, and the formation of pubic hair. A scale called the Tanner stage classifies physical changes seen during puberty in a girl on a scale of 1 to 5. Tanner stage 1 is the stage at which no breast development or pubic hair formation occurs, and Tanner stage 5 is the stage of complete breast development and pubic hair formation.

In the American Journal of Clinical Nutrition, a study initiated in 2006 of 3 to 4-year-old Chilean girls followed them for seven years assessing their diet and breast tissue development. This study was done to ascertain if there is a relationship between the effect of certain dairy products and the sexual maturity of girls. Of all the participants, 287 post-pubescent girls were selected for the study’s final evaluation, those that had missing dietary and breast density measurement information were excluded. Dieticians assessed nutritional intake as per a standardized food atlas validated by the Chilean National Dietary Survey. A 24-hour recall of the girl’s dietary history was taken multiple times to reduce error. Breast examination through visual inspection and physical examination assessed sexual maturity. From 2006 to 2010, this analysis was conducted once per year, increasing to twice annually after 2011. Breast development was measured using Tanner’s classification, and dieticians observed the age at which girls attained Tanner Stage 4 of development.

Results showed that patients who consumed mixed dairy drinks (beverages with a volume of 30–75% milk added to prominent concentrations of sugar and artificial flavors) showed increased breast development. The sugar present in these mixed beverages is the factor driving this association by increasing IGF hormone levels and escalating the process of cell multiplication within the breast. Girls who consumed yogurt showed the opposite results, with decreased production of IGF hormones leading to reduced breast development and a delayed age of sexual maturity.

The importance of this study is shown in the relationship between the age at which girls reach puberty and its association with developing breast cancer in the future. Diet is a prominent factor affecting the age at which girls attain sexual maturity. The earlier incidence of sexual maturity increases the duration of fertility and estrogen production, which can increase her risk of developing breast cancer. Thus, avoidance of sugary dairy products in a girl’s diet during her developmental years may decrease her chances of getting breast cancer in the future.