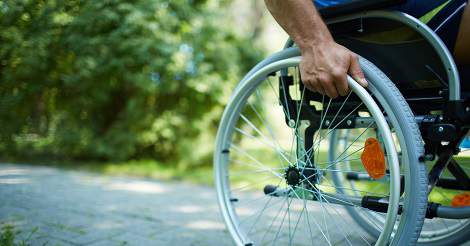 In a new clinical trial, a combination of immunoablation and autologous blood stem cell transplantation has been demonstrated to be effective to suppress long term relapse of multiple sclerosis in 70% of the patients 3 years after the treatment.

Multiple sclerosis (MS) is an autoimmune inflammatory disorder causing degeneration of the central nervous system. According to the Multiple Sclerosis Society of Canada, this disease can cause symptoms such as extreme fatigue, lack of coordination, weakness, tingling, impaired sensation, vision problems, bladder problems, cognitive impairment and mood changes. Canada has one of the highest rates of MS in the world, with 277 out of 100,000 people affected by this disease in 2013, according to the MS International Federation. Current therapeutic approaches target inflammation, however without substantial or sustained neurological recovery. The recent development of alternative treatments aiming to suppress the immune mechanisms responsible for the disease using chemotherapy and immune-depleting antibodies, followed by transplantation of blood stem-cells from the same patients (autologous haemopoietic stem cells), still needs to prove its benefits.

Those benefits were evaluated by a clinical study by groups of Canadian researchers (Ottawa, Toronto, and Montréal) and published this month in the prestigious journal The Lancet. The study included 24 patients, aged 18 to 50 years old, with high probability of significant disease progress enduring the next 10 years. Because there was no standard of care for those patients with poor prognosis, this study was designed as single arm, meaning that all patients enrolled received the same treatment.

The therapy was a near-complete immunoablation (destruction of the immune system for transplantation prep) performed using busulfan, cyclophosphamide and rabbit anti-thymocyte globulin and was followed by transplantation of autologous haemopoietic stem cells. They evaluated the relapse of the disease and reported their results three years after the patients’ treatment.

Three years after the treatment, 70% of patients were alive and free of multiple sclerosis activity. Only one out of the 24 patients died of transplantation-related complications.

This study described the first therapeutic option able to halt the inflammation of the central nervous system in patients with multiple sclerosis for an extended period of time. These results are quite encouraging for all the patients that currently struggle with this serious disease.