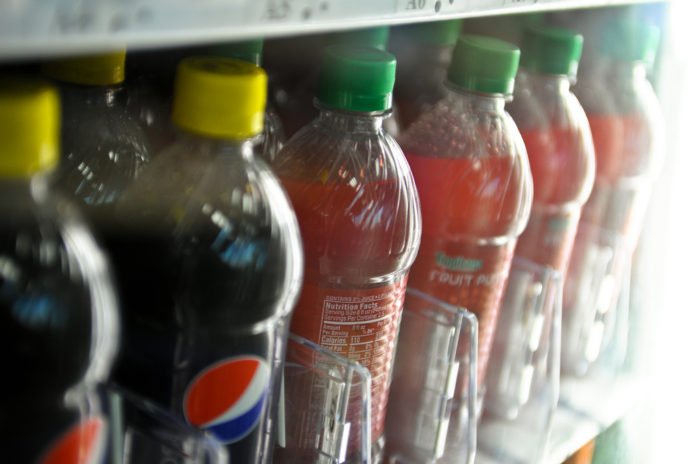 With the increased intake of logo-specific, appetizing daily sugar-sweetened beverages, there are several neurobehavioral changes that lead to continued consumption of that beverage when exposed to it.

The intake of Sugar-sweetened beverages (SSB) is considered to be a risk factor for obesity due to their high sugar content, minimal beneficial nutrients and weak satisfying signal. One SSB can contain, on average, 7-13% of an individual’s allowed calories for the day.

Eating sugar leads to the release of dopamine and opioids into the brain, which provides a pleasurable sensation. We as humans love to feel good, so if ingesting sugar leads to happiness, one would continue to consume it, leading to high exposures to sugars. A brain-based theory of obesity proposes that the strong desire for food drives overeating. In support of this, obese individuals have shown increased striatal and parietal response to food cues and increased wanting of energy-dense foods such as SSBs during behavioral tasks. The problem is that the initial neurobehavioral changes in the frontostriatal brain region associated with the perpetual consumption of sugary foods before weight gain is unknown.

In a study, recently published in The American Journal of Clinical Nutrition, a research group investigated whether the daily consumption of a branded high-sugar beverage would change brain activity during many activities including; beverage intake, logo-elicited anticipation of the beverage, lack of resistance toward beverage logos, and continued positive views of the beverages. Before starting this study, both the beverages and logos were tested in the local population to confirm individuals would enjoy this product. This study included 20 healthy-weight young adults (10 women and 10 men). Each individual was randomly assigned to consume 1 of the 2 logo-based juices by sex. The two juices were apple-cherry-berry and orange-tangerine-passionfruit with each having 31 grams of sugar. This trial ran for 3 weeks, with each patient having to complete 9 assessments. Outcomes that would be tracked include a BOLD response (measuring brain activity at a given time) which would be obtained using a MRI scanner.

At the close of the study, there were several interesting results. First, the daily consumption of the branded beverages resulted in faster reaction time towards the beverage logo compared from baseline to follow-up. Secondly, the daily intake of the assigned beverage significantly reduced the BOLD response during the exposure in the brain independent of juice flavor.

In conclusion, with the continual consumption of high-sugar beverages, results showed a decrease in the neural response of specific brain regions. This study shows that there is a negative relationship between the consumption of sugar beverages and regulation of the striatal response. There were several study limitations; one of them is the sample size. There were only 20 patients included in this trial, and with a size that small, there is a possibility of missing important differences between the groups, simply due to chance. Another is the lack of a control group (e.g. non-sugar beverage), which would better allow us to apply this study to real-world situations.