Home Health and Wellness Lifestyle Effect of Combined Use of Drugs on Mortality Rate in Women –... 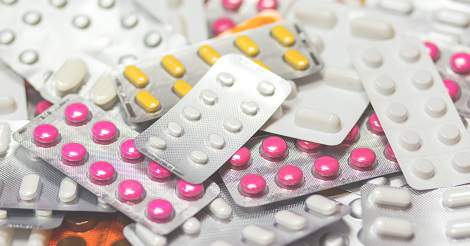 Does combining multiple drugs affect the efficiency of those drugs and their intended results? A new study assesses the effectiveness of combining tamoxifen and selective serotonin reuptake inhibitors (SSRIs) that specifically inhibit the CYP2D6 enzyme, when treating female patients.

Tamoxifen has been consumed to reduce the risk of breast cancer, and all-cause mortality. A research study published by the British Medical Journal compares mortality rates of female patients being treated with tamoxifen and selective serotonin reuptake inhibitors (SSRIs, a common antidepressant) that inhibit the CYP2D6 enzyme, and those being treated with tamoxifen and other SSRIs. Tamoxifen activity has been further recognized to involve the enzyme CYP2D6, which activates tamoxifen. This enzyme is inhibited by SSRIs paroxetine and fluoxetine. Due to the apparent conflict pertaining to the enzyme CYP2D6 between the two drugs, the simultaneous use of these drugs has been brought into question.

The study gathered data from five databases available in the US over time between 1995 and 2013. Female patients were treated in two different ways: one way containing treatment with tamoxifen and SSRIs that inhibit the CYP2D6 enzyme, and the other consisting of treatment with tamoxifen and other SSRIs. Patients were divided into two cohorts, the former containing patients that began to take SSRIs after being treated with tamoxifen, and the latter composed of patients who initiated SSRI treatment prior to tamoxifen treatment. Information regarding mortality was collected for both cohorts.

Researchers gathered data to ultimately reject the hypothesis that the use of CYP2D6 inhibitory SSRIs would hinder the effectiveness of tamoxifen in lowering mortality rates. While the study provides a distinct conclusion based on the facts researched, it is limited in certain aspects. Researchers acknowledge that age, while not directly assessed by the study, may have an impact on the combined effectiveness of the drugs. Data pertaining to the cause of mortality may allow more accurate results as well. Keeping the limitations in mind, the study does present interesting results which may be studied by healthcare and medical professionals in further detail. For now, the medical profession can continue to rely on the combined use of these drugs.