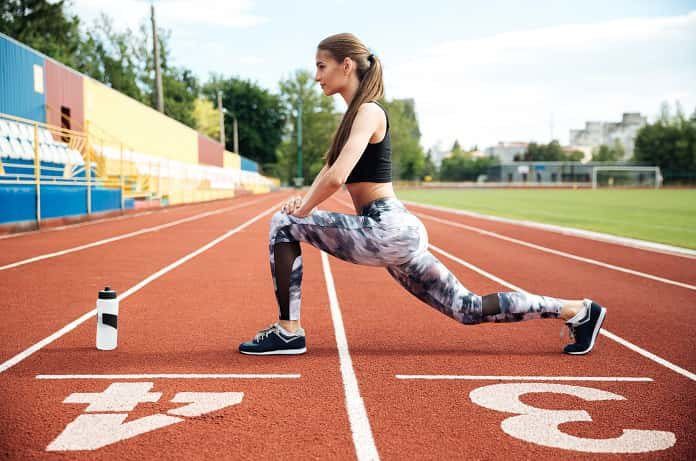 Edema associated with phases of the menstrual cycle may have an effect on athletic performance. A recent study investigated how athletic agility is influenced by menstrual cycle-related edema in college-aged women.

Edema, commonly known as water retention, is when water builds up in body cavities or tissues. Edema of the lower limbs related to menstruation is found in 10% of Japanese female athletes. However, its effect on athletic performance has not been well-studied. Previous studies have suggested that the hormones estrogen and progesterone have direct and indirect influences on sodium regulation and the deposition of bodily fluids in the tissues, both of which affect edema related to the menstrual cycle. The current study, which was recently published in the journal Public Library of Science, evaluated the amount of fluid retained in the calf muscle of female students over their menstrual cycles by using magnetic resonance imaging (MRI) to determine the effect on athletic performance.

No significant changes were observed in body composition or the amount of physical activity and energy expenditure over the phases of the menstrual cycle. This suggested that the participants did not engage in any high-intensity activities that induced edema. Additionally, there were no significant differences in the morning (AM) and afternoon (PM) measurements of calf circumference. These results echo those of previous studies. Edema of the calf was not attributed to physical activity or illness and could only be attributed to menstrual cycle influence.The researchers speculate that edema occurrences are directly or indirectly related to progesterone and estrogen and may negatively affect both the treatment of injuries in the clinical setting and athletic performance.

A limitation of the study was the number of participants included. A larger number of subjects in future studies may provide more precise evaluation of the studied parameters. It was also difficult to determine whether the edema was due to fluctuations in sex hormones or as a response to exercise.

Infections from Sushi: What You Need to Know