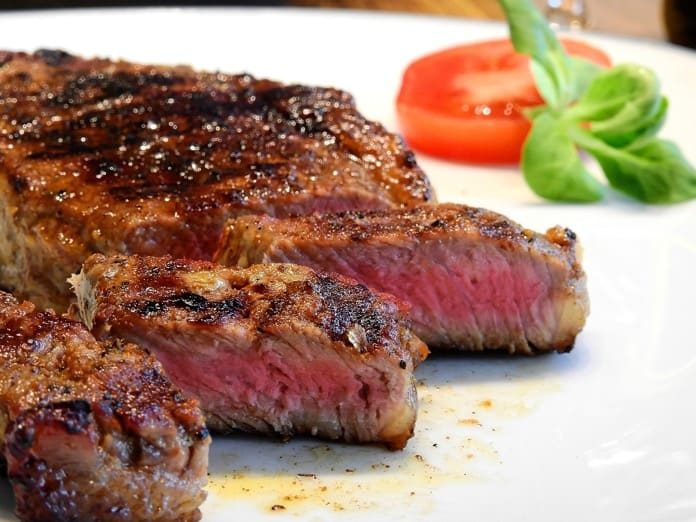 A recent study published in European Heart Journal determined how eating red meat may increase the levels of a “not-good-for-heart” chemical, TMAO.

Heart disease is a major contributor to deaths in the present era. Many scientific studies have found an association between eating red meat and the development of heart disease. Trimethylamine N-oxide(TMAO) is a metabolite generated in the gut microbiota. It has links related to the pathogenesis of atherosclerotic heart disease, and previous studies have found elevated TMAO levels in individuals at risk of heart attacks, stroke, and death.

Few studies have explored the influence of dietary patterns on TMAO production, metabolism,  and excretion by the kidneys. In a study conducted by Dr. Zeneng Wang and his team, published in European Heart Journal, the researchers determined whether long-term consumption of a diet containing red meat affects blood levels and the excretion of TMAO and its precursor molecules.

The researchers selected 113 adults of age groups between 21-65 years, with a body mass index (BMI) between 18.2-35.3 and a normal kidney function. The participants were placed on three different protein diets – red meat, white meat, and non-meat protein for four weeks. The researchers determined the participants’ TMAO levels in the blood and urine on two separate days in the last week.

An optimistic finding of the study was that, on shifting to white meat and non-meat food to avoid eating red meat, the blood levels of TMAO markedly decreased in four weeks.

This study highlights the importance of long-term dietary habits and its relation to TMAO levels. It is a first-of-its-kind study depicting the association of dietary protein source and plasma TMAO levels. The research opens the door to a wide range of scientific work on the prevention of cardiovascular disease- dietary measures targeting TMAO levels, detecting blood TMAO levels for predicting the risk of atherosclerotic heart diseases, and developing drugs to reduce TMAO levels.

As stated in a press release, lead author Dr. Stanley Hazen notes,-“This study shows for the first time what a dramatic effect changing your diet has on levels of TMAO, which is increasingly linked to heart disease. It suggests that you can lower your heart disease risk by lowering TMAO.”

Heart diseases can be prevented or well-controlled. Avoiding a sedentary lifestyle and smoking, exercising regularly, maintaining healthy dietary habits, managing stress and ideal body weight can help in reducing the risk of heart disease. This study further supports the risk of eating red meat in heart disease, thus highlighting the importance of a healthy diet for a healthy heart.