Home Medicine Internal Medicine Early-Life Peanut Consumption Does Not Have a Negative Impact on Child Growth... 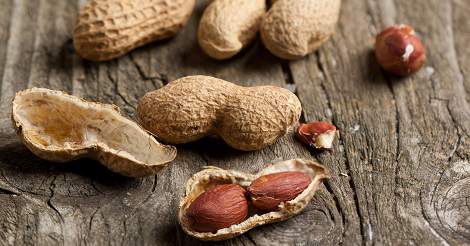 An NIH-funded study reports that consumption of peanut products beginning in infancy not only prevents peanut allergy, but has no negative effects on the duration of breastfeeding or child growth and nutrition.

Peanuts are one of the most common foods that trigger an allergic reaction, and is an allergy that is becoming increasingly common in children. Children may be at a greater risk for developing a peanut allergy if they are an infant, have atopic dermatitis, or have a family member with a peanut allergy. Introducing peanuts into the diet of infants is considered an effective strategy to prevent peanut allergy for those at high risk. To examine the health impact of introducing peanuts at an early age, the National Institutes of Health (NIH) in the U.S funded a study called Learning Early About Peanut Allergy (LEAP) that was led by researchers from King’s College London.

The primary research finding from a clinical trial published in 2015 demonstrated that introducing peanut products into the diet of high-risk infants led to an 81% reduction in the development of an allergy compared to infants who had avoided peanuts. Additional results and information on this part of the study can be found here. As a secondary goal of the LEAP study, the researchers also examined whether early introduction of peanuts starting in infancy had an impact on breastfeeding duration, as well growth and nutritional intake up to 5 years of age.

640 infants with atopic dermatitis were randomly assigned to consume (consumers) or avoid peanut products (avoiders) until they were 5 years old. Consumers were assigned to regularly consume 6 grams of peanut protein per week. Information regarding diet and feeding practices were collected from parents weekly in the form of a questionnaire and children were monitored by researchers at recurring health care and study visits.

An average of 7 grams per week of peanut product was consumed by the infants who participated in the trial, compared to 0 grams of infants who avoided peanuts. The introduction of peanuts in consumers did not affect the duration of breastfeeding for those who were breastfeeding at the beginning of the study. This result is contrary to the perception that the introduction of solid food before 6 months of age reduces breastfeeding duration. No differences in height, weight, or body mass index were observed between consumers and avoiders at any point during the study.

One interesting observation was that the two interventions led to differences in food choices of children. While protein and energy intakes from both groups of participants were comparable, peanut consumers had higher fat intake and ate fewer chips and savoury snacks. Avoiders, on the other hand, ate more carbohydrates.

Overall, the results of this study support the strategy that peanut products can be feasibly introduced to high-risk infants as young as 4 months, and that doing so does not impact their growth or nutritional safety.