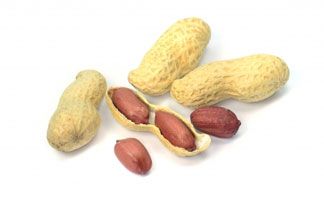 The prevalence of peanut allergies is increasing, and is seen in between 1.4-3% of the population. A new study published in the New England Journal of Medicine has turned on its head the belief that avoiding peanuts will prevent peanut allergy in infants and children.

The basis of this study came from the researchers noting a disparity between the rates of peanut allergy found in Jewish children living in the United Kingdom, compared with Israeli children. They also noted that children in the UK were typically not exposed to peanuts in their diet until after the first year of life; however, in Israel, foods containing peanuts are given to infants as young as 7 months of age. The researchers therefore designed the study to determine whether early exposure to peanut products would have any effect on the likelihood that the children would go on to develop a peanut allergy.

Infants aged between 4 months and 11 months who had severe eczema, egg allergy, or both, were enrolled in the trial. The infants were assigned to either a group that was instructed to consume 6g of peanut protein each week, spread over at least 3 meals per week, or a group that was instructed to avoid peanuts and products containing peanuts. A total of 640 children were followed over approximately 4 years, until they reached 5 years of age.

The researchers are planning follow up studies to determine whether the protective effect seen in children who included peanuts in their diet would continue if they no longer consumed the peanut products. The study raises questions about the avoidance of foods in order to prevent allergies; whether or not this will apply to other food allergies remains to be seen.