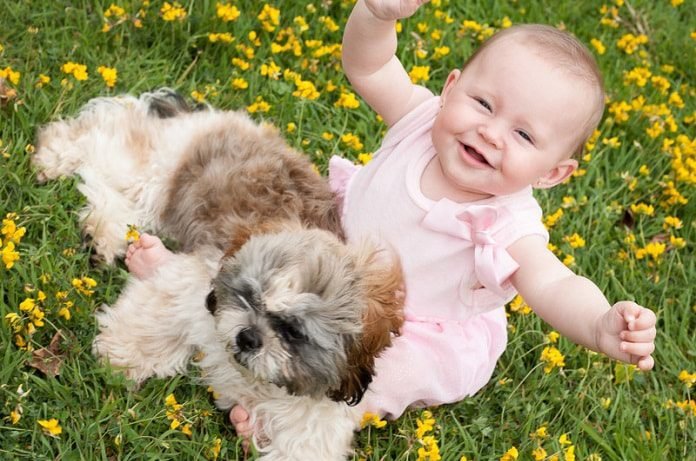 Researchers find no evidence to suggest that exposure to dogs or farm animals in an infant’s first year of life is associated with the development of type 1 diabetes.

In a first-of-its-kind study, researchers associated with three Swedish universities and their affiliates questioned whether early exposure to dogs and other animals, which carry many microbial organisms on their fur and pelts, might be associated with childhood type 1 diabetes. They hypothesized that an increasingly microbe-free environment, stemming from improved hygienic conditions, might cause a body’s immune system to become weakened.

Type 1 diabetes is a condition in which the body’s immune system destroys pancreatic cells that produce insulin. Insulin is needed for cells to be able to absorb sugar, which produces energy. Type 1 diabetes most commonly occurs during childhood.

Scientists examined 840,593 primarily Swedish participants (49% girls) born between Jan. 1, 2001 and Dec. 31, 2010. They followed the children from birth diabetes diagnosis, which was on average 5.5 years but up to 10.7. Follow-ups continued through Sept. 30, 2012. Medical and prescription information was collected from official Swedish records and the nation’s mandatory dog registration provided data regarding exposure to animals in the first year of life.

Further, data mother’s smoking habits and age at the childbirth, along with parental history of type 1 diabetes, educational levels, household income, employment and dog and/or farm-animal exposure, among other elements were included in the analysis. Researchers also stratified participants’ homes by the number of dogs, their heights and breeds, and exposure to farm animals.

During the study, 1999, or approximately 2.4% of the children developed type 1 diabetes. The average age of onset, determined by diagnosis of diabetes or first insulin prescription, was approximately 5. Among the 102035 (12.1%) children exposed to canines in the first year of life, just 2% developed type 1 diabetes. Regarding child exposure to farm animals, the authors concluded that very few participants experienced such conditions, noting that “the statistical power to detect meaningful differences (between household canine exposure and exposure to farm animals) was limited.” Overall, the authors conclude that study provides no evidence to support an association between early exposure to dogs and the development of type 1 diabetes.

Strengths of the study include population size, duration and a high degree of data stratification. With respect to study limitations, the researchers note that household dog registrations could be inaccurate, due to canine deaths during the study period or other factors. In addition, they note potential misclassifications regarding whether an infant’s parent participated in farm-work for the entire first 12 months of their child’s life.

So parents, don’t worry about your infant cuddling up with a canine friend or being exposed to a farm setting in the first year of life.