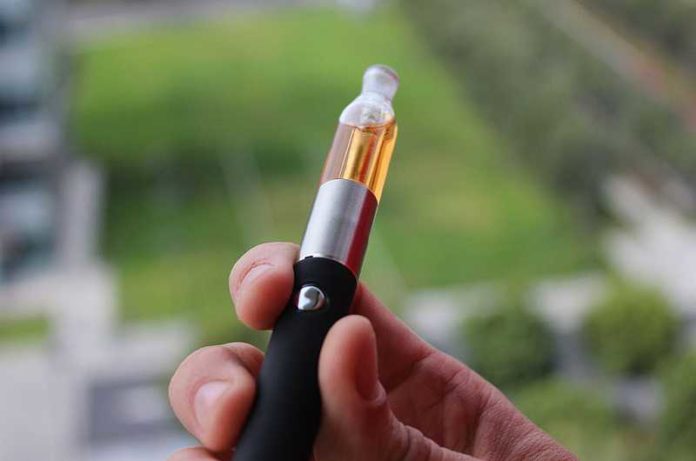 Just when it had appeared that the hard-fought public health battle against the uptake of cigarette smoking was being won, a new threat has emerged among peri-millennial adolescents: the e-cigarette. A new study has linked e-cigarette use among US adolescents to an increased risk of a range of school-related and substance-related risk behaviors.

The use of e-cigarettes is more common among US adolescents than ever before, with rates now significantly exceeding those of regular cigarette smoking. During the period from 2011 to 2015, e-cigarette use among US high school students rose from 1.5% to 16%, overtaking that of any other nicotine or tobacco product. Greater than one in every six US high school seniors now report some level of e-cigarette use, giving rise to concerns regarding early exposure as a gateway to increasing rates of cigarette smoking and other drug use later on. While e-cigarettes are broadly perceived to have fewer associated health risks than any other substance, in reality, the health implications of e-cigarette use include asthma, nicotine dependence, adverse brain development, adverse fetal development, lung cancer and acute toxicity.

The study examined the use of e-cigarettes only, cigarettes only and dual e-cigarette and cigarette use during the past month. Data was obtained from a nationally-representative sample of 8,696 US high school seniors, through the use of a self-reported questionnaire, as a component of the annual Monitoring the Future (MTF) study. The questionnaire collected demographic data regarding age, race, parental education, plans to attend college and geographical region. Frequency of past-month e-cigarette use, cigarette use and dual e-cigarette and cigarette use were assessed, as was frequency of binge-drinking and use of other drugs. Information regarding school-related risk behaviors, such as academic grades and truancy were also collected.

The long-term health effects of e-cigarettes are largely unknown; however, these results highlight potential risks associated with early initiation of e-cigarette use. As well as being correlated with higher rates of future smoking uptake, e-cigarettes can also increase the risk of school and substance-related risk behaviors among adolescents. With e-cigarette use continuing to rise, novel public health initiatives must be developed in order to curb their uptake and educate individuals on the associated risks.