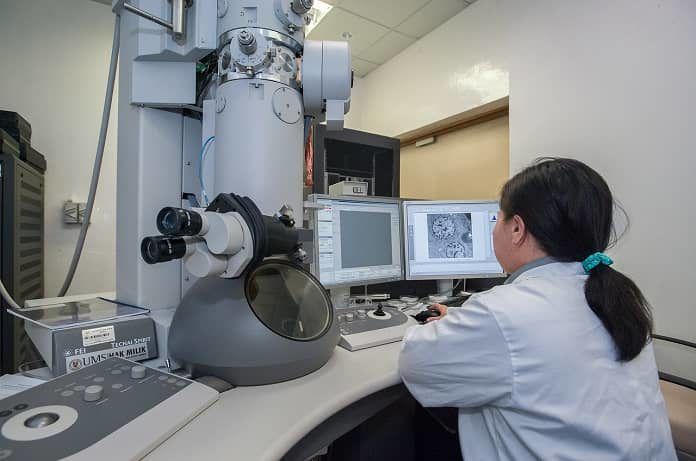 Advances in nanotechnology may soon give rise to an innovative way in the treatment of cancer: drilling through the membrane and destroying the cancer cells.

The basic tenet of cancer treatment is its total eradication from the human body, but the aggressive and invasive nature of malignancies complicate and in many instances prevent this from being possible.  Surgically removing tumours is limited by the extent to which this can be done safely—this is known as the resectability. Many invasive cancers are considered inoperable as they cannot be taken out without causing harm or even killing the patient. Moreover, surgery does not address cancer cells that have spread beyond the confines of the tumour. Oncologists have been using chemotherapy to treat the systemic spread of cancer, but we are all familiar with its consequences, where there is essentially a race between cancer eradication and the body succumbing to the toxic effects of chemotherapy.

Because of these acknowledged limitations, scientists are now looking at mechanisms that can target cancer cells without the ‘friendly-fire’ damage current treatments can potentially cause.  Newer drugs are being developed that have a greater affinity for tumours. This move towards more specialized treatment has similarly opened avenues in gene and hormonal therapy.

Another treatment frontier that scientists are looking into is called nanotechnology. By manipulating materials in the nano-scale (around one-billionth of a meter), we can now create functional machines that can work at the molecular level. In healthcare, this branch of research and treatment has been dubbed nanomedicine.

Among the current applications of nanomedicine for cancer are formulations of anti-cancer drugs that will interact on the molecular level, as well as the development of platforms that can deliver these anti-cancer drugs more efficiently into the tumour cells. However, while these methods appear to be better in delivering treatment, they still do not completely remove the toxic side-effects of anti-cancer drugs.

But what if we can use the nanotech itself to combat cancer? An article in Science details how researchers working on this question intend to do that—by using nano-machines like a drill to destroy the tumour cell.

The ‘drill’ is basically a chain of carbon molecules with a rotating arm at one end.  After attaching itself to the cell membrane, stimulation by ultraviolet light causes the rotor to spin, penetrating through and causing cell rupture and death. By incorporating molecules that recognize surface markers present only in tumour cells, these nano-drills can also be made to preferentially hone in on these targets to destroy them. In laboratory conditions, scientists have seen that these nano-machines can be made to specifically target and destroy prostate cancer cells, even in the presence of non-malignant mouse cells.

The next step is testing these nano-machines in a living environment, and researchers are now looking at deploying them in micro-organisms and fish. And with the ever-increasing rate at which nanotech progresses, along with our imperatives to find cures for cancer, it may be sooner rather than later when we find nano-technology becoming part and parcel of our cancer treatments.