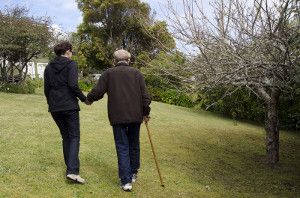 According to a study published in The Lancet, a drug called LY2495655 (LY), a humanized monoclonal that binds to the protein myostatin, has the potential to improve lean muscle mass in limbs by counterbalancing myostatin, which hinders muscle cell growth in the body.

A team of researchers have conducted a phase II clinical trial at twenty-one sites in Australia, the US, Argentina, France, Germany and Sweden. A total of 365 patients, aged seventy-five years and older, were randomly assigned to receive either a placebo injection or a 315 mg dose of LY treatment for twenty-four weeks. The participants performed tests in handgrip strength, chair rising, stair climbing and walking speed at various time-points during the study. After twenty-four weeks of study, significant improvements in all areas were observed in patients receiving LY treatment relative to patients injected with placebo. Any reactions to both placebo and LY treatment were found to be minor, and LY treatment was discontinued in only two of the patients allocated to the LY group.

These reports corroborate the ability of LY treatment to strengthen lean muscle mass; they also suggest that the drug can potentially enhance muscle function. Based on the results, the researchers propose tests to determine whether the drug is capable in reducing falling spells or general body imbalances in older persons. For the time being, further experimentation must be done in order to confirm these results.