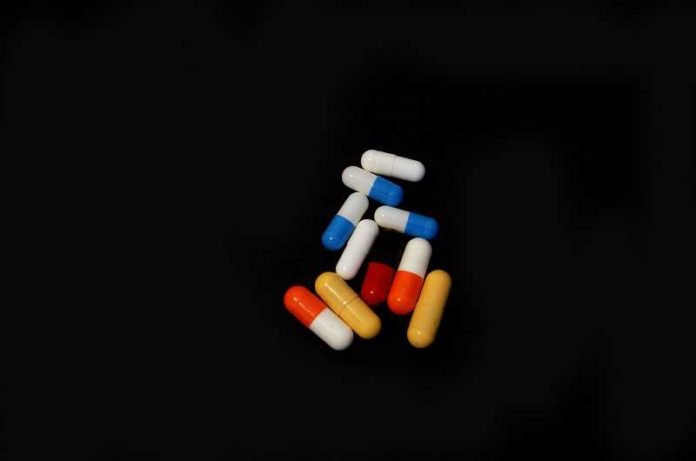 Potential complications of drug-drug interactions should be carefully analyzed, even when a combination is not expected to cause significant clinical changes.

Chronic disturbances usually demand a long exposure to different medications with the ultimate goal of disease control. Many times this exposure is associated with complications related to drug-drug interactions, since the stability of the condition is a complex process. Therefore, the potential positive or negative effects caused by drug-drug interactions have to be properly analyzed to avoid complications and guarantee a better clinical status, especially in individuals with type 2 diabetes mellitus (T2DM)

Exenatide, liraglutide, lixisenatide, albiglutide and dulaglutide, all known as incretins [glucagon‐like peptide‐1 (GLP‐1) mimetics], have the potential to stimulate the beta cells to secrete more insulin. It is not definitive, but exenatide seems to interfere with lipid profile and statin concentration. This may decrease the absorption of paracetamol (this effect is also observed for liraglutide), as well as delay the effects of oral hormonal contraceptives containing ethinylestradiol and levonorgestrel. Its interactions with other medications are not clinically significant. Lixisenatide shares similar interactions described for exenatide. Albiglutide may potentiate drug tolerability and reduce side-effects since it has a slower accumulation. Nausea, diarrhea, and abdominal distension are common side effects reported by patients receiving dulaglutide. GLP-1 mimetics may be linked with pancreatitis and thyroid carcinoma development risk.

Dipeptidyl peptidase‐4 (DPP‐4) inhibitors are composed of sitagliptin, saxagliptin, linagliptin, alogliptin and vildagliptin. They are classified as peptidomimetic (sitagliptin, saxagliptin, and vildagliptin) or non‐peptidomimetic (alogliptin and linagliptin) according to their chemical structures. Sitagliptin has a small effect on plasma digoxin concentrations, and its effect has been observed to be potentiated after the administration of cyclosporine. Saxagliptin potentiates the effect of GLP‐1 mimetics, but may be altered by CYP3A4 inducers or inhibitors. For example, simvastatin (a substrate of CPY3A4) and ketoconazole (a strong CPY3A4/5 inhibitor) increase the effect of saxagliptin when each is used with saxagliptin. A similar phenomenon is observed with diltiazem (a moderate inhibitor of the CYP3A4 enzyme). This means the dose of saxagliptin should be limited when administered together with a strong CYP3A4/5. Linagliptin administered in combination with rifampicin has a negative effect on its efficacy. Other anti-diabetic drugs such as metformin, pioglitazone, and glyburide, or sulfonylureas, digoxin, warfarin, simvastatin and oral contraceptives (levonorgestrel or ethynylestradiol) can be safely combined with linagliptin. There are no recommendations about adjustment when alogliptin is used with metformin, cimetidine, gemfibrozil, fluconazole, ketoconazole, atorvastatin, cyclosporine or digoxin. Vildagliptin is not influenced by other medications, including metformin, pioglitazone, glibenclamide, simvastatin, ramipril, digoxin and warfarin.

Sodium-glucose co‐transporter‐2 (SGLT‐2) inhibitors are a new class of oral antidiabetic agents constituted by canagliflozin, dapagliflozin, and empagliflozin. Ipragliflozin, tofogliflozin, and luseogliflozin are commercially available in Japan. Canagliflozin and dapagliflozin may have an effect on the kidneys and, therefore, may have possibly important drug-drug interactions. Another medication known as gliflozin may interfere with diuretics, ACE inhibitors, angiotensin receptor blockers (ARBs), nonsteroidal anti‐inflammatory drugs (NSAIDs), insulin and insulin secretagogues. The plasma concentration of dapagliflozin is higher with declining kidney function. Rifampicin inversely influences the effects of dapagliflozin, but no adjustment seems to be necessary. Mefenamic acid combined with dapagliflozin increases the effect of the dapagliflozin. Small changes in the dapagliflozin effects have been found when it is combined with simvastatin, sitagliptin, pioglitazone, valsartan, voglibose, or metformin. Canagliflozin has its effect diminished when administered with rifampicin. Both may also reduce the efficacy of canagliflozin. Carbamazepine, efavirenz, phenytoin, phenobarbital, ritonavir, and St John’s wort, might interact similarly to rifampicin with canagliflozin. Canagliflozin seems to exert effects on other drugs such as simvastatin, digoxin, and oral contraceptives. Empagliflozin does not need any adjustments. Ipragliflozin, luseogliflozin, and tofogliflozin do not cause drug interactions in anti-diabetic medications.

Thiazolidinediones (TZDs) or glitazones are composed of pioglitazone and rosiglitazone. Gemfibrozil significantly increases the effect of both medications. While rifampicin and St. John’s wort cause reduction of pioglitazone or rosiglitazone effect, ketoconazole induces an increase.

Non‐insulin antidiabetic medications seem to have significant no drug‐drug interactions. However, potential complications related to a combined administration cannot be underestimated.