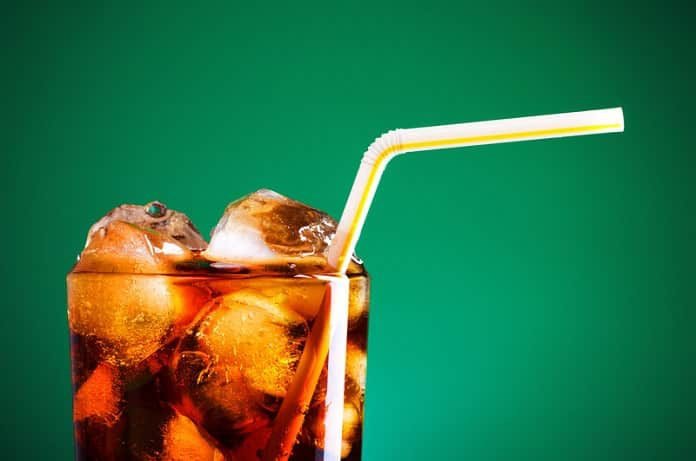 According to a new study, daily consumption of an artificially sweetened soft drink (diet soda) is associated with an increased risk of stroke and dementia.  However, serious limitations of the study mean that this fate is far from certain.

Eating too much sugar can lead to a wide range of health problems, such as weight gain, obesity, high blood pressure, and diabetes.  As a result, many people now prefer to indulge in diet sodas since they do not contain sugar or calories.  However, there is a growing body of evidence that suggests artificially sweetened soft drinks may cause more harm than those containing sugar.  In a study published last month in Stroke, Dr. Matthew Pase and his team of researchers from Boston, MA investigated whether the daily consumption of artificially sweetened beverages was associated with the incidence of stroke or dementia.

Pase and colleagues analyzed data on 2,888 individuals from the Framingham Heart Study Offspring cohort between 1991 and 2001.  Most of the participants were Caucasian.  55% were female and the mean age was 62 years.  Data was gathered on stroke incidents for participants over 45 and on dementia incidents for patients over 60.  Beverage intake was quantified using the Harvard semi-quantitative food-frequency questionnaire which was given three times over 7 years.  The overall health of each participant was then monitored for an additional ten years.

During the ten-year follow-up period, 82 cases of stroke and 81 cases of dementia (63 consistent with Alzheimer’s disease) were observed.  After adjustments for age, sex, education, caloric intake, diet quality, physical activity, and smoking, it was found that the daily consumption of at least one artificially sweetened beverage was associated with an almost three times higher risk of developing a stroke or dementia compared to once a week consumption.  Consumption of beverages sweetened with sugar was not associated with an increased risk of either stroke or dementia.

This is the first study to suggest that artificially sweetened beverages, but not sugar-sweetened beverages, may be associated with an increased risk of stroke and dementia.  However, these results must be interpreted with caution due to several limitations.  First, the study was observational and based on self-reporting of diet and beverage consumption which is not always reliable.  Second, ethnic minorities were not properly represented in this study.  Third, the research team was not able to control for diabetes.  This is relevant because other research indicates that people with diabetes tend to drink more diet sodas than the general population, and diabetes in and of itself can increase the risk of dementia.

Lastly, and most importantly, the association between diet soda consumption and the risk for stroke or dementia was a correlation and not a cause-and-effect relationship.  As such, this kind of data does not allow us to say that drinking diet soda causes dementia, or that cutting down on artificially sweetened beverages will reduce a person’s risk for dementia.

In other words, don’t clear out your fridge just yet.  Further research is needed to more precisely determine the risks associated with drinking diet soda.  Until then, the researchers recommend that people think of sweet beverages as a treat and drink mostly water instead.  If you prefer a drink with more flavor, try adding some orange slices, crushed berries, or watermelon and mint to your pitcher.  It may help to make diet soda easier to give up.