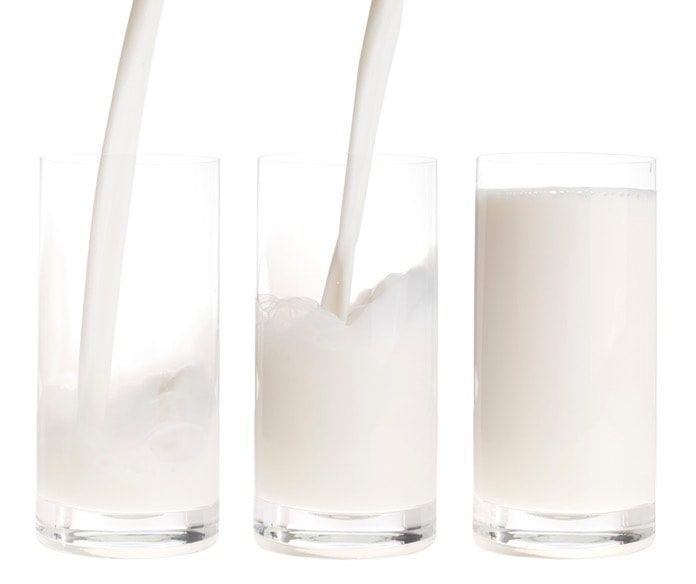 A recent study published in the Journal of Nutrition looked at the effects of drinking cow’s milk on iodine levels in women of child-bearing age.

Iodine is an important nutrient needed for the production of thyroid hormones. These hormones help to control the body’s metabolism and heart rate. They are also important during pregnancy for growth and brain development in the fetus. Low iodine levels during pregnancy have been linked to lower educational outcomes and IQ in children or even mental retardation in cases of severe iodine deficiency.

Recently there have been reports of increasing prevalence of mild-to-moderate iodine deficiency in women of child-bearing age in industrialized countries. Cow’s milk and dairy products are the main sources of iodine in several countries. Declining cow’s milk consumption may have contributed to the increased prevalence of iodine deficiency. Researchers in Northern Ireland, in the UK, investigated the effect of increasing cow’s milk consumption on iodine levels in women of child-bearing age. They recently reported their findings in the Journal of Nutrition.

The researchers recruited 78 women between the ages of 18 and 45 years who reported low to moderate cow’s milk consumption (less than 250ml/day). The subjects were randomized into either the intervention group or the control group. The intervention group received a three-litre carton of semi-skimmed cow’s milk each week over the course of the 12-week study. They were instructed to drink the milk over the week as they wished, such as a glass of milk, milkshake, in tea or coffee, while continuing their usual dietary patterns. The control group was not provided with any additional milk and was asked to continue with their usual dietary patterns. Blood and urine samples were taken at the start of the study and at six and 12 weeks to measure iodine and thyroid hormone levels.

The researchers concluded that a modest increase in cow’s milk consumption can significantly increase iodine levels in women of childbearing age. Encouraging the consumption of cow’s milk could be an important strategy to reduce mild-to-moderate iodine deficiency in this population group.