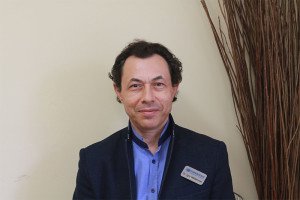 Dr. Wilderman started his journalism career as a medical student. He was a contributing author to the medical school newspaper “Paediatrician”.
After obtaining his MD, he volunteered as an editor for the Department of Biology and Medical Genetics newspaper “Biologist”. Later, in addition to his medical practice, Dr. Wilderman was getting involved with clinical trials and medical research. In 2009 he created the Canadian Centre for Clinical Trials, which was the first patient recruitment centre for clinical trials in Canada.

While addressing recruitment issues, Dr. Wilderman realized that one of the main problems was lack of patient education regarding clinical trials. Internet resources were either available to physicians or were lacking an evidence-based approach. This is how “Clinical Trials Canada Magazine” was born and came to light in 2012 in both printed and online versions. Dr. Wilderman was the owner and Editor-in-Chief. Since 2013 the magazine became available globally online only, and changed its name to “Clinical Trials Magazine”.
In 2015 a decision was made to expand the scope of the magazine to include the latest medical news in clinical trials and basic medical research, medical technology, and lifestyle. The name of the magazine has changed again to its current “Medical News Bulletin”. Dr. Wilderman is the author of approximately 40 scientific publications. He is also active in Social Media and the internet.

ABOUT US
Medical News Bulletin is run by a not-for-profit organization Medinfology and committed to providing our readers with the most up-to-date, high-quality medical and research news.
Contact us: medicalnews[email protected]
FOLLOW US
© Medical News Bulletin, 2015 - 2022. All rights reserved.
error: Content is read-only and copy-protected.