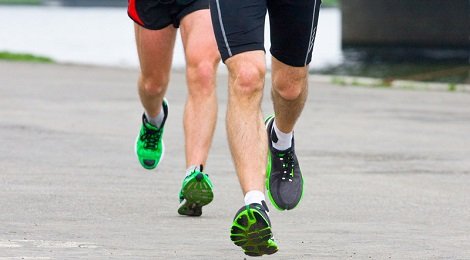 A recent study published in the journal Nature Neuroscience shows that dopaminergic neuron projections to the dorsomedial striatum could directly encode movement, not just learning and planning movement

Dopaminergic neurons, a class of nerve cells that produce dopamine in the midbrain, play significant roles in the regulation of voluntary movement, reward, and emotion. Dopamine is a neurotransmitter (a chemical that is responsible for transmitting signals between neurons) that is associated with motivation, learning and other functions. Dopamine is known to act as a neuromodulator; dopaminergic neurons in the midbrain project to other areas of the brain where dopamine release influences the function of local neurons in the target area. In this way, dopaminergic neurons innervate the striatum, a part of the brain known to manage motivation, action planning and reward perception. Two subregions are found in the striatum, each with their own specialized functional and anatomical organizations: the dorsomedial striatum and nucleus accumbens. Research shows that the dorsomedial striatum, which is found in dorsal region, is associated with evaluating and generating actions; while the nucleus accumbens, found in the ventral region, is associated with processing reward.

Behavior involves two important features: learning how to generate actions that lead to reward, and generating those actions. Previous studies have established that dopaminergic neuron activity only has an indirect influence on movement either by affecting learning or other mechanisms, for example, through changing motivation state. Rather than encoding actions, dopaminergic neurons were thought to only encode a reward prediction error (the gap between your predicted reward and the reward), which could be used to learn which actions are likely to results in a reward. In other words, these neurons were believed to help learn which actions are likely to result in a rewarding experience, which then allows planning to take that action – rather than directly contributing to movement or action directly. Researchers of a study published in Nature Neuroscience have recently discovered that dopaminergic neurons that project to subregions of the striatum support the specialized function of a target subregion; dopaminergic neurons directly contribute to movement and not just through an indirect effect of motivation or learning. The researchers discovered that dopaminergic neurons that project to the dorsomedial striatum transmit signals that could be used to control movements, as well as signals needed to learn and plan movement.

The researchers carried out this study by getting mice to perform an instrumental reversal-learning task that involved both movement and reward-based learning. This task allowed mice to repeatedly learn which lever to press to obtain a reward on the basis of trial and error. As the mice performed the task, the researchers measured and recorded neural activity in terminals (where dopamine is released between two cells, the junction, or synapse) of midbrain dopaminergic neurons from the two subregions of the striatum: the dorsomedial striatum and the nucleus accumbens. The researchers compared the representation of rewards and actions in both striatal subregions.