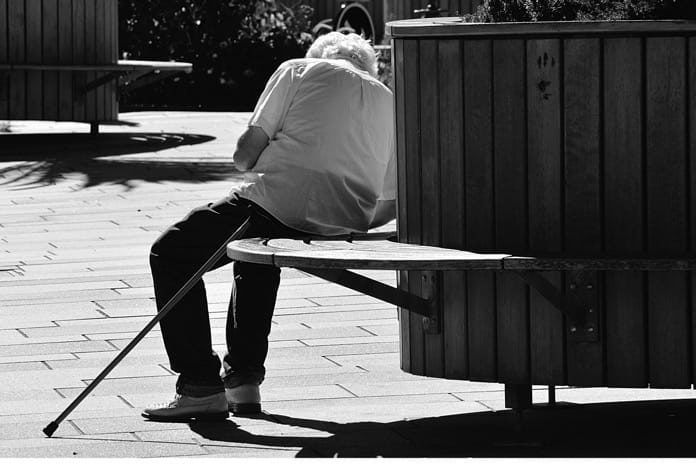 Aging is associated with many health problems. Modern medicine has been very successful in extending lifespan, but the quality of our life is just as important as the length. For this reason, medical researchers are increasingly focusing on healthy aging and attempting to determine what factors are associated with it.

An important measure of health in older adults is how well they are able to carry out routine physical activities, such as walking. Walking speed declines with age, and older adults with lower walking speeds are more likely to be admitted to the hospital, to suffer from cognitive decline, and to have a shorter lifespan.

A group of researchers from around the world recently combined the results from a large number of studies, carried out across the world, with the goal of determining how strongly a variety of health, behavioural, and social factors were related to walking speeds in older adults. Their findings were published in The BMJ, a journal of the British Medical Association.

The researchers re-analyzed the results of 37 studies that had measured walking speed and collected data on the health and social status in older adults. These studies were conducted in 24 countries in Europe, North and South America, Africa and Asia, and had been carried out over the past three decades. They included just over 100,000 study participants, between 45 and 90 years of age, and equally divided between men and women.

The studies collected data on health problems such as obesity, high blood pressure, and diabetes, along with behavioural risk factors such as smoking, high alcohol consumption, and physical inactivity. The researchers estimated socioeconomic status based on the type of jobs reported by the participants. For example, an unskilled worker would be considered to be of low socioeconomic status, whereas a high-level manager or professional would be considered to be of high socioeconomic class.

Several of the studies kept track of the study participants for many years after they measured walking speed. The researchers used this data to estimate the effect of the potential risk factors on mortality rates between the ages of 60 and 85 years. They found that low socioeconomic status, high blood pressure, diabetes, physical inactivity, high alcohol intake or smoking were all associated with a significantly shorter average lifespan. The difference in lifespan ranged from 2 to 17 months. Obesity shortened lifespan in women, but not men.

The researchers pointed out that their study had several limitations. It was based upon data collected by a large number of earlier studies, many of which measured walking speed in slightly different ways. Also, these were strictly observational studies, with no experimental intervention. Therefore they can only conclude that there was a relationship between these health risks and walking speed, but they could not prove that one causes the other. Finally, the type of job someone had may not be perfectly predictive of socioeconomic class. This is especially true of older adults, who may have been retired for many years.