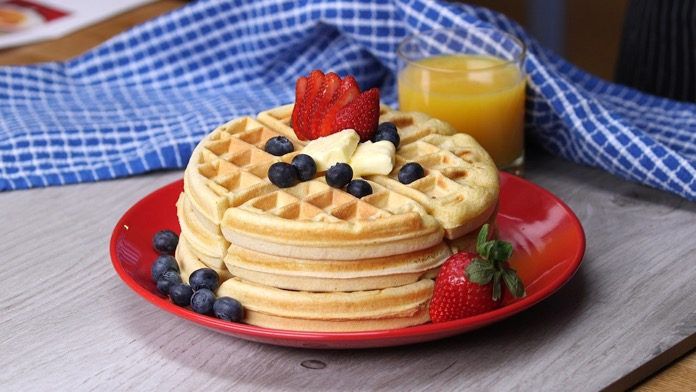 Although breakfast is often touted as being the most important meal of the day, many individuals habitually skip this meal. A study recently investigated whether skipping breakfast affected physical activity and energy expenditure in adolescent girls.

A recent randomized cross-over study published in the Journal of Nutrition looked at whether eating breakfast on a regular basis influenced physical activity. The investigators recruited 27 girls between the ages of 11-13 years from two different areas in England. The girls were asked to complete two seven-day-long conditions with an intervening seven- to ten-day washout period: the daily breakfast condition and the intermittent breakfast condition. In the daily breakfast condition, they consumed a standardized breakfast (~1674 kJ or 400 kcal) before 9 am. In the intermittent breakfast condition, they consumed only water before 10:30 am on days one, three, five, and seven, and ate a standardised breakfast on days two, four, and six before 9 am. There were no food restrictions after 10:30 am. The order in which these conditions were completed was randomly allocated.

The authors used combined heart-rate accelerometry to measure the girls’ physical energy expenditure during each seven-day condition, and a mathematical model to define four degrees of physical activity: sedentary, light, moderate, and vigorous. These measurements were calculated three times a day: waking to 10:30 am, 10:30 am to 3:30 pm, and 3:30 pm to bedtime.

The results clearly showed that when adolescent girls regularly eat breakfast, they spent up to five minutes more doing light exercise in the morning and up to 12.7 minutes more undertaking light exercise after school each day. Similarly, during the intermittent breakfast condition, the girls spent 2.3 minutes longer engaged in light physical activity on the days they consumed breakfast (days two, four, and six).

Interestingly, eating breakfast regularly did not affect the amount of time the girls spent being sedentary from the time they woke until 3.30pm, possibly due to restrictive school timetables. However, the girls spent an extra 11.5 minutes being sedentary from 3.30pm until bedtime when they ate breakfast intermittently. The authors speculated that moderate or vigorous activities were also restricted during school hours, which is why differences were only seen in light physical activity measurements. In addition, although eating breakfast appeared to influence the time engaged in light physical activity, it had no overall effect on the girls’ energy expenditure regardless of the intensity of physical activity.

The results of this study imply that eating breakfast on a regular basis may have benefits on physical activity and can provide a valuable message to young adolescents about the importance of healthy dietary habits and physical activity behaviours. However, these results are restricted to adolescent girls only, and therefore similar results may not be seen in adolescent boys, or in younger children or older adolescents. Longer-term studies with fully completed breakfast logs, in which breakfast is omitted on consecutive days rather than alternate days, are warranted.