Home Medicine Pediatrics Does Pre-natal Nutrition Play a Role in the Development of Autism? 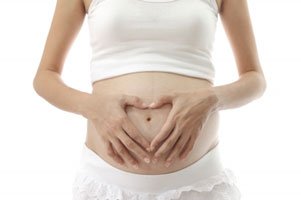 A new study provides evidence that pre-natal nutrition, in particular, iron-deficiency, may play a role in the development of autism in-utero.

The most common nutrient deficiency diagnosed during pregnancy is iron deficiency. Iron is involved in production of neurotransmitters, myelination, and immune function. Abnormalities in these processes have also been linked with autism. In addition, children with autism are more frequently observed to have low iron. Based on these findings, researchers conducted a study to determine whether there was an association between maternal iron intake and autism spectrum disorder (ASD).

Participants were recruited from the Childhood Autism Risks from Genetics and the Environment (CHARGE) Study, which began in 2003. The study included children who were 24-60 months of age. Information was gathered via telephone interviews collecting data regarding maternal intake of vitamin supplements, cereals, and other supplements during the first 3 months of pregnancy, and throughout pregnancy and breastfeeding. The researchers calculated a daily average intake of iron for each woman.

The study determined that the highest amount of iron consumed by pregnant mothers came from prenatal vitamins. The results also showed that the average total iron intake was lower in mothers of children with ASD. This was especially evident in the months leading up to pregnancy, and the early months of pregnancy. The researchers found that the risk of ASD was approximately halved in children of their mothers who had the highest level of iron intake (≥86 mg/day), compared with mothers who had the lowest level of iron intake. These results were not changed when adjusting for folic acid intake. There was an inverse relationship between ASD and maternal iron intake, that is, risk of ASD was decreased as the amount of maternal iron intake increased.

Being the first study to assess the relationship between maternal iron intake and ASD, this study provides important information regarding nutrition and fetal health. However, the researchers state that further research is required to determine whether maternal iron intake is correlated with maternal and child iron status.

What Should Your Daily Iron Intake Be?

*This includes sources of iron from food and supplements.