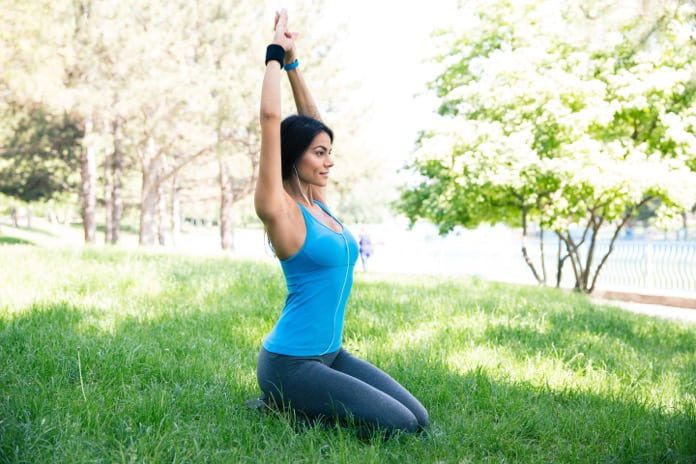 Researchers in US and Canada studied the association between increased exercise and mortality risk in childhood cancer survivors.

Over 3,000 Canadians are diagnosed with cancer every week. Individuals who have cancer remain at a high risk of mortality and their life expectancy is 10 years shorter than the general population. It is important to note that with time, cancer or its progression becomes less responsible for mortality. The effects related to treatment such as a new or abnormal growth of cancerous tissue and heart disease may eventually cause greater mortality than cancer itself.

Maintaining a healthy lifestyle is the most important factor to reduce mortality due to heart disease or mortality from any cause. A healthy lifestyle includes healthy eating, weight management, exercise, and stress control. For example, exercise may reduce the primary occurrence of cancer and also lower the chances of cancer returning. However, it is not known whether this is the same for adult survivors who had cancer in childhood.

A team of researchers from the United States and Canada recently studied if vigorous exercise in early adulthood or a change in vigorous exercise is associated with mortality in childhood cancer survivors. The researchers conducted a multi-center, cohort study among 15, 450 cancer survivors diagnosed with cancer before the age of 21 from pediatric hospitals in the United States and Canada between 1970 and 1999.  These participants were enrolled in the Childhood Cancer Survivor Study that had follow-ups through December 31, 2013. Their findings were published in JAMA Oncology.

Based on a questionnaire the researchers found that increased exercise over a period of eight years led to a 40% reduction in all-cause mortality compared to childhood cancer survivors who maintained low exercise levels. The findings from this study are important due to the rapidly growing population of adult cancer survivors from childhood who are at a high risk of mortality.