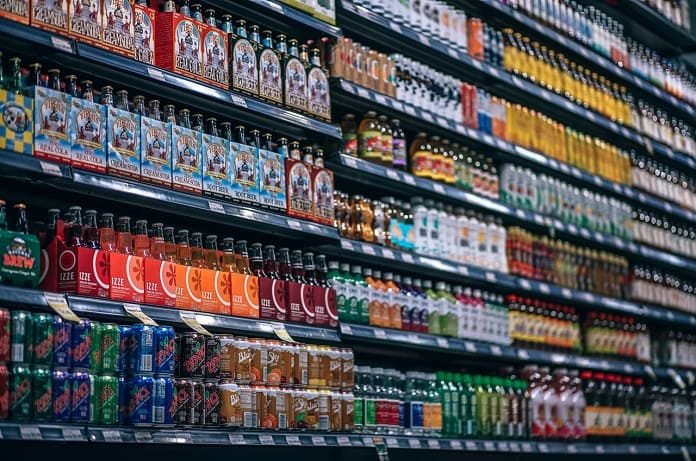 In a recent study, researchers examined the link between fructose, from high-fructose corn syrup-sweetened soda or apple juice, and asthma.

Consuming high-fructose corn syrup (HFCS) from drinks such as HFCS-sweetened soda and some fruit juices has been linked to respiratory problems such as asthma and bronchitis. Potential reasons for this are that in some individuals, high-fructose corn syrup is not absorbed properly by the intestines, resulting in the production of inflammatory products that bind to receptors involved in asthma.

Additionally, the fructose-to-glucose ratios in many beverages are higher than the safe ratio of 2:1, which creates an excess of fructose in the body. Existing research has disproved the role of other ingredients in soda in causing asthma. Therefore, to explore the roles of high fructose corn syrup and excess fructose in asthma, a study recently published in the British Journal of Nutrition compared the consumption of non-diet soda, apple juice and fruit drinks to asthma. Diet soda, which has not been linked to asthma, and orange juice, which has a one-to-one ratio of fructose to glucose, was also used for comparisons.

The researchers used data from the Framingham Heart Study-Offspring cohort in Massachusetts, US, which had data on the food intake of 5,013 individuals for over 30 years starting in 1971, and therefore includes the time point when high-fructose corn syrup began to be used in soda over sucrose. Every four years the participants answered Food Frequency Questionnaires and underwent examinations, but were excluded from the current study if during the first two examinations they had asthma. The majority of participants in the cohort were Caucasian men and women, with an average age of 47.9 years.

Over the period of time analyzed for the study, 13.5% of individuals developed asthma. Moderate consumers, who consumed non-diet soda two to four times per week, had a 59% risk of asthma, but this risk rose to 89% among those who drank non-diet soda five to seven times in a week regardless of factors such as age, body mass index (BMI), sex, and education.

People who drank non-diet soda five to seven times per week had a 49% higher chance of developing asthma compared to those who rarely consumed it. Similarly, people who drank fruit juice and apple juice two to four times per week had 58% and 61% higher risks of developing asthma, respectively. This is notable especially because apple juice, as a 100% pure juice product, is often considered by parents as a healthier alternative to sodas or other sugar-sweetened beverages. Both orange juice and diet soda did not have links to asthma.

The results of the study show that even if consumed two to four times a week, soda, fruit juice, and apple juice can greatly increase one’s risk of asthma, and when consumed five to seven times per week this risk increases even more. However, it’s important to note that this study did not account for other foods that contain high-fructose corn syrup such as snack bars, ketchup, and desserts which may have contributed to high fructose concentrations and fructose malabsorption. Another important limitation was that the study sample population was predominantly Caucasian which does not represent the very diverse American population.

Since the study found associations with asthma even with moderate intakes of high-fructose corn syrup, they note that it may be inadequate to recommend a reduction in intakes of the drinks. They do note that reductions in juice consumption in the USA may be related to the decrease in asthma prevalence around the years of 2009 to 2013.